Leader of the Pack

The hospital’s department became part of the first AMA-approved RT school in Pennsylvania, and one of only six nationally, 40 years ago.

Children’s Hospital of Pittsburgh (CHP) has been a leader in respiratory care since the 1950s, when it started its respiratory service with one therapist. Today, the hospital has 70 therapists and continues its leadership role both as a regional training center and with its own internal orientation program.

In 1964, the department became part of the first American Medical Association-approved RT school in Pennsylvania, which was among the first six in the country. The program, based at the University of Pittsburgh Medical Center, was started by Peter Safar, MD, the father of modern cardiopulmonary resuscitation (CPR). This commitment to being a regional resource has continued to this day with CHP serving as a clinical training site for several RT schools. “The reason we affiliate with all the different schools is the responsibility to help educate and prepare respiratory therapists in this community, and, of course, the other is the selfish reason, which is it will facilitate the recruitment process for us. So we have a hand in actually training the future staff for our department and for others,” says Bela Eross, MS, RRT, manager of Respiratory Care Services.

The department’s internal orientation program involves both didactic and practical training. The training is individualized for the new therapists, taking into account whether they have experience working with children—which is radically different than adult care. No matter the level of experience, training serves another important purpose. “What we want to do is make sure they understand what is being done at Children’s,” says Shekhar Venkataraman, MD, medical director of Respiratory Care Services. “For example, we have a few therapists who have already been therapists at other places, but they just moved to Pittsburgh. As therapists, they are pretty experienced, but they do not know some of the local stuff we do in Children’s, so we get them up to speed.”

Though an orientation program for new employees is nothing new, its extensiveness and intensity make it highly effective. “The real advantage is that it is an excellent and a very economical way of providing staffing because you can have real busy days in acute care and slow days in critical care and you can pull people from the low activity area to the high activity area without any problem,” says Eross. “That is a real advantage in terms of efficiency and managing overtime.”

Orientation begins with a 1-week classroom course overseen by Venkataraman. “There is a classroom component because, as a physician, if I go to the [treatment area] and I have a person who understands why I am ordering something, the patient gets better care,” he says.

From Theory to Practice
Following the classroom experience, the new hires then progress to the 6-week clinical phase of the program. During the practical part of the orientation program, the new therapists are assigned one or two preceptors who oversee the training. At the end of the clinical part of the orientation, the new hires must take a test and receive the blessings of the preceptors before they are allowed to become full-fledged members of the department.

The whole process, although effective, can be a little overwhelming, particularly for a new graduate. “Everything you learn in school is about adult care, and you have very minimal time with pediatric [patients]. It is a lot of new things thrown at you at once, a lot of things that are not used in adults,” says Jenn Milavec, RRT, a respiratory therapist who has spent her entire career at CHP. “You have 1 week of classroom, then you are pretty much with somebody who goes with you but tries to make you learn and understand what you are doing with your job. It is very intimidating, I think, especially for new grads.”

When therapists are hired at CHP, it is with the understanding that they will work anywhere they are needed in the 235-bed hospital. Though Milavec works all over the hospital, she is primarily assigned to the intensive care units. There are other therapists who through either ability or temperament work almost exclusively on the acute care floors.

After the orientation, training continues with various classes and in-services. And the therapists are not just the students. They are sometimes the teachers. “Since this is primarily a teaching hospital, we need to teach our respiratory therapists so that if we are confronted by a physician who is not understanding, we can explain things to them,” says Milavec. “I think we do help in the teaching process of our first-year fellows. With the residents, I think it is very important we can explain things to them, because they do not seem to understand why we are doing things, how we are doing things. I think it is very educational for them.”

A typical shift for Milavec sees an assignment of eight to 10 patients. In March 2004, the department’s therapists administered 23,000 procedures.

Thinking Therapists
As the medical director of respiratory care, Venkataraman wants active, thinking therapists and not just knob turners, which he says is a distinction from some adult facilities. “In my opinion, the therapists have the training and they are professionals. And if you treat them as professionals, they rise to the occasion,” he says. “There are many institutions where therapists are not treated that way. They just give treatments, so a lot of people think, ‘What skill does this person have? I could train a monkey to do that.’ We do not believe that is the way to do it. We think that these people are professionals and they need to be part of the team.” The atmosphere at CHP is collaborative with therapists participating in morning rounds with Venkataraman and other physicians.

In addition to their clinical work on the floors and in the pediatric, intermediate, neonatal, and cardiac intensive care units, respiratory therapists are also on the transport team, in perfusion services, in the pulmonary/sleep laboratory, and in the emergency department. In addition, therapists participate in the hospital’s house-wide CPR team and the level I trauma team, and run blood gases for all of CHP’s critical care units.

Throughout the years, the respiratory therapists at CHP have made other contributions to the profession by teaching both locally and nationally, by inventing various respiratory care products, and by serving on local and national professional committees. Department members have also published numerous book chapters and professional journals.

Being at a teaching hospital also means that there is an opportunity to help out with research. “Our therapists are extremely interested in the academic work that we do, a lot of the research that we do,” says Venkataraman. “For me personally, they have been responsible for much of the research I have done in weaning and extubation in children. We have published a fair amount of papers from that [data].”

A Little Respect
Taken together, these activities have made the department and its therapists well respected throughout the hospital. “We had an educator who was a respiratory therapist who passed away many years ago, and spontaneously many physicians wanted to do something in his memory,” says Venkataraman. “We actually have pediatric grand rounds every week, and one is a lecture named after him. What we try to do in that lecture is bring in people who will talk about respiratory care. There are no named lectures for anyone but physicians except for this guy.”

For Milavec, who appreciates the opportunities and respect CHP affords, the most rewarding part of her job is something different. “The most rewarding thing is to actually see a child who is so critically ill you almost think they are not going to make it, and then to see them months later come from the floors downstairs to visit us,” she says.

As it prepares to move to new facilities, Eross sees the future of the department tied to improving technology. “We are trying to implement a paperless system of patient documentation,” he says. “We recently implemented the physician’s order entry system, which has gone very well. We will be implementing phase two of that, which will include an online documentation system.” 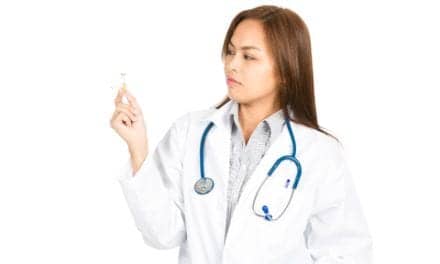