Riders trek across nation for ALA benefit
He has ridden his bicycle 23 miles to work in 13-degree weather, but come thunderstorm or heat wave, this summer he will ride 3,300 miles across the country.

Christopher Jahn, CRT, RPFT, CCT, and about 39 others will cycle from Seattle to Washington, DC, over 48 days as part of a fund-raiser sponsored by the Washington state chapter of the American Lung Association (ALA). The group will average 83 miles per day visiting 12 states. The ride begins in Seattle on June 28 and ends in the nation’s capital on August 14.

In addition to an entry fee, each participant must raise at least $5,500 to participate in the event, called the Big Ride. Jahn, who is taking a 7-week leave of absence from his job as department director at Salem Township Hospital in Illinois, is hoping that fellow respiratory therapists or vendors may want to help support his endeavor.

At least half of the Big Ride proceeds go to support the efforts of the Washington ALA. The remainder of the funds pay for ride expenses, including fuel, food, and luggage truck, support van, and campsite rental fees. To sponsor a rider or to find out more about the event, visit www.bigride.org. To sponsor Jahn specifically, visit www.alaw.org/jahn.

Many States Don’t Make the Smoke-Free Grade
If the nation’s parents saw its 2003 tobacco control report card, it might be grounded for weeks.

The State of Tobacco Control report card, compiled by the American Lung Association (ALA), also revealed bright spots. An A went to 15 states for their laws in at least one of the four categories analyzed. Five states—California, Connecticut, Delaware, Maine, and Rhode Island—achieved A’s in two areas. New York received an A grade in three areas.

The report card analyzed individual states’ actions 5 years after the 1998 Master Settlement Agreement, through which the tobacco industry agreed to pay 46 states approximately $206 billion over 25 years in recovery of the states’ tobacco-related health care costs. Four states settled their tobacco lawsuits separately for a total of $40 billion over 25 years. The grades help illustrate why smoking costs the nation about $75 billion in direct medical costs and $82 billion in lost productivity each year, according to the ALA.

“We commend states for making progress in clearing tobacco smoke from the air and increasing cigarette taxes, but we need a comprehensive approach to address the harm tobacco causes,” says ALA CEO and President John K. Kirkwood. “State legislators and governors must act quickly to prevent the 1,200 deaths now occurring each day from tobacco-related illnesses.” 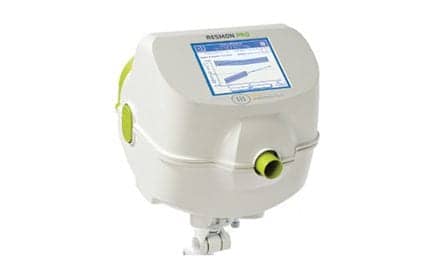