Westmed Receives ISO 9001/EN 46001 Certification
Westmed Inc, Tucson, Arizona, a manufacturer of proprietary aerosol medication delivery devices, has announced that it has received a quality system certification upgrade to ISO9001/EN 46001 for its products. Westmed is a leader in the pulmonary drug management and delivery arena. Medtrac Technologies Inc, a subsidiary of Westmed, manufactures disease management products and is planning to CE Mark select products in fiscal year 2000. (800) 724-2328; www.westmedinc.com.

Radiometer Awarded Consorta Contract
Radiometer America Inc, Westlake, Ohio, is the new supplier of blood gas systems, all related supplies and accessories, and transcutaneous monitors for the next 3 years to Consorta Inc, Rolling Meadows, Ill, the fifth largest group purchasing organization in the United States. This contract is the first agreement between the two companies and provides an opportunity for Radiometer to increase its market share in hospitals and extended care sites served by Consorta. This is the fifth contract Radiometer has won since its introduction of a new product generation and the Red System™ business approach in 1998. (800) 736-0600; www.radiometeramerica.com.

NextGen Moves to Larger Facility
NextGen Inc, Sacramento, Calif, has moved to a new office and state-of-the-art manufacturing facility in one of the area’s newest high-tech business parks. NextGen had already grown out of its initial facility in Woodland, Calif. The company targets markets in the United States, Canada, Europe, South America, and Australia. NextGen manufactures and distributes the next generation of quality respiratory and anesthesia products and services. (877) 406-1800; www.next-geninc.com.

Datex-Ohmeda Receives FDA Clearance and Joins Forces with INO Therapeutics
Datex-Ohmeda, Madison, Wis, recently received FDA clearance for its INOvent® delivery system, which is the first of its kind to gain clearance. The system is designed specifically to deliver nitric oxide for inhalation. It is a single, integrated unit that both administers and monitors nitric oxide inhalation therapy. The INOvent was designed for patient safety, ease of use and precision delivery, and intended point-of-care use.

INO Therapeutics Inc, Clinton, NJ, developers of INOmax® (nitric oxide) for inhalation, and Datex-Ohmeda announced an alliance between the two companies to help meet the needs of clinicians who treat term and near-term newborns suffering from hypoxic respiratory failure. Under the terms of the alliance, the two companies will explore innovative ways to make the therapy and delivery system easily available to customers together with a program of equipment and maintenance, service, and support. They are also developing new enhancements for the therapy. (800) 345-2700; www.datex-ohmeda.com.

Zenith Award Winners
The Electromedical Systems Division of Siemens Medical Systems, Danvers, Mass, and Monaghan Medical, Plattsburgh, NY, received the Zenith Award from the American Association for Respiratory Care (AARC) at the Association’s 45th International Respiratory Congress in Las Vegas. This is the sixth time that Siemens has won the award and the third time for Monaghan since the AARC initiated the award program in 1989.

The Zenith Award is presented annually to the five best companies in respiratory care that typify the qualities represented in its criteria, including: quality of equipment; accessibility and helpfulness of sales personnel; responsiveness; service record; truth in advertising; and support of the respiratory community.

Nova Biomedical Awarded LEHA Contract
Nova Biomedical, Waltham, Mass, has been awarded a 3-year contract to provide its blood gas and electrolyte analyzers as well as all related consumables to Lake Erie Health Alliance (LEHA). LEHA, an alliance of 23 hospitals in northwest Ohio and southeast Michigan, is involved in regional group purchasing, quality and outcome measurement initiatives, and educational programs. Nova instruments will be used by the LEHA hospitals in the central laboratory, emergency department, critical care, and respiratory care areas. These instruments will help to improve patient outcomes while reducing the cost of critical care operations. (800) 458-5813; www.novabiomedical.com.

Portex System Ranked High in Two Studies
SIMS Portex Inc, Keene, NH, was part of two independent needlestick-prevention device studies. In one of the studies, a government agency conducted a joint two-phase evaluation of the effectiveness of safety devices, in which six participating hospitals selected the products to be evaluated. Four hospitals selected the SIMS Portex Venipuncture Needle-Pro. Study results showed a significant reduction in phlebotomy-related percutaneous injuries among health care workers that was associated with use of the Portex product; the study also showed fewer technical difficulties or adverse patient effects with the Portex safety device. The second study, an evaluation of needlestick-prevention devices conducted by a nonprofit health device evaluation agency, found that the Portex offered adequate needlestick protection while being the least expensive unit in its product group. (800) 258-5361; www.portexusa.com.

Datex-Ohmeda Introduces Continuing Care Initiative
Datex-Ohmeda, Tewksbury, Mass, recently announced its Continuing Care initiative to bring enhanced customer service and quality products to health care providers and their patients in home care, subacute, and long-term care settings. Continuing Care offers technologically advanced medical equipment suitable for use at the point of care, whether in the home, skilled nursing facilities, or other settings in or outside the hospital. It will expand and develop in response to the needs of this growing health care sector. Products are chosen to meet the criteria of clinicians who must make quick assessments.

Continuing Care is a combined effort of Datex-Ohmeda and Ohmeda Medical. Both companies have served the home care market for nearly a decade and the new group will offer products and services in two therapy areas that build on the companies’ expertise—respiratory care and jaundice management. (303) 666-7001; www.datex-ohmeda.com.

News From Mallinckrodt
14% Growth Achieved in Unit Sales
Mallinckrodt Inc, St Louis, announced that its Nellcor Oximetry Business Unit has experienced a significant increase in shipments of its pulse oximetry technology modules for its original equipment manufacturer (OEM) business, marking a 14% growth compared to the first quarter in fiscal year 1999. Mallinckrodt’s announcement regarding extended OEM shipments for this period followed its first quarter 2000 earnings announcement when the company reported a 23% earning per share increase over first quarter 1999.

“We are thrilled to be experiencing this very concentrated and sustained period of growth of our OEM pulse oximetry board shipments,” says Bill Bednarski, senior director of OEM and Licensing Technology. “The availability of the N-395 [see photo below] also provides independent clinical researchers the opportunity to compare our technology to others.”

“Our Nellcor oximetry OEM business experienced another year of double-digit growth, pushing us over the 50,000-unit level for the first time,”says Doris Engibous, Mallinckrodt’s vice president of oximetry.

“We would like to take the opportunity to thank our 77 OEM partners for their continued support,” says Bill Bednarski. “In 1992, we were shipping about 6,000 units each year. Achieving the 50,000-unit milestone represents a compound annual growth rate of 30%.”

Extended Clearance Received for Pulse Oximeter
Mallinckrodt, St Louis, announced that its Nellcor® N-395 Pulse Oximeter with Oxismart® XL Advanced Signal Processing and SatSeconds™ Alarm Management Technology received additional US regulatory clearance by the Food and Drug Administration for use with its Nellcor Oxisensor® II Adhesive Sensors. The N-395 was initially cleared in August to read through motion and deliver accurate oxygen saturation and pulse rate values using Nellcor (D-25/D-25L) and Neonatal (N-25) Sensors. This expanded clearance extends the motion claim to include Nellcor Pediatric (D-20) and Infant (I-20) Sensors.

This announcement coincides with the recently published results of a scientific study comparing pulse oximetry technologies led by Michael W. Jopling, MD, who is affiliated with St Ann’s Hospital and Ohio State University. Jopling evaluated the effects of motion during controlled hypoxia on three currently marketed pulse oximetry products. The N-395 Pulse Oximeter with Oxismart XL Advanced Signal Processing, the Nellcor NPB-290 with Oxismart, and the Ivy 2000 with Masimo SET® technologies were evaluated. In each of the three studies conducted, Jopling found the N-395 performance to be more accurate for arterial oxygen saturation during motion. In addition, the N-395 more accurately reflected SpO2 values as compared to a nonmoving reference oximeter. (800) 635-5267; www.mal-linckrodt.com. 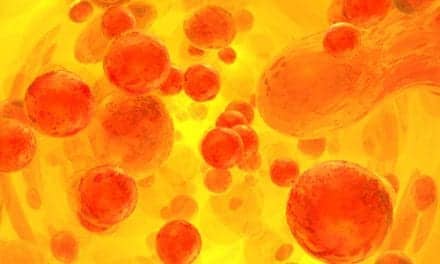