Airway Management and the Challenge Presented by Obese Patients 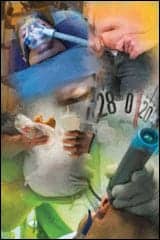 Regardless of whether patient care is provided in the operating room (OR), intensive care unit (ICU), or the emergency department (ED), optimal airway management requires a broad depth of knowledge and a level of mastery of the skill of intubation. Beyond acquiring the clinical judgment to identify how to best provide care for a patient in respiratory distress or other conditions requiring intubation, one must be intimately familiar with the doses, indications, contraindications, etc of neuromuscular blocking agents and induction agents used in airway management. Traditionally, airway management has been performed primarily by anesthesiologists; but, in the past few decades, airway management has moved out of the halls of the OR and has been increasingly performed by critical care and emergency medicine physicians. In the OR setting, many patients undergo elective surgery, which allows time for a formal preintubation airway evaluation and an opportunity to develop and implement an optimal airway management plan.

The ICU or ED setting presents vastly different challenges. First, by the nature of the clinical venue, the overwhelming majority of patients requiring intubation are critically ill. Conditions such as shock, sepsis, and respiratory failure are commonplace and often limit the time and opportunity to perform a comprehensive airway evaluation prior to implementing a management plan. At times, contingency planning occurs simultaneously with laryngoscopy and attempted intubation. In addition to the above clinical conditions, the ED presents other challenges. These include the lack of a controlled environment, the full stomach patient, overdoses, and trauma. Many of these scenarios are not routinely encountered in the other clinical settings.

An ever so important aspect of airway management revolves around preparation. Because a difficult intubation, traditionally defined as >2 attempts at laryngoscopy, cannot always be predicted, practitioners who care for patients requiring airway management should be prepared. From an equipment standpoint, basic and advanced airway equipment, such as an extra laryngoscope handle, alternative laryngoscope blades, airway adjuncts, and various rescue devices, including a percutaneous or surgical cricothyrotomy kit, should be readily available. Rescue devices, such as laryngeal mask airways, fiberoptic bronchoscopes, and gum elastic bougies, are available in many OR and ED settings.5-8 In many institutions, this equipment is maintained in a difficult airway cart. In addition, select equipment should be kept in a portable box for those practitioners responsible for responding to rapid response calls or cardiac arrests in multiple patient care areas.

Regarding patient preparation, it is important to emphasize three crucial elements necessary to optimize patient care and success at intubation: the preintubation evaluation, patient positioning, and preoxygenation, each equally important in the patient requiring airway management. If possible, it is always advisable to perform a formal preintubation evaluation. The primary goal of such an evaluation is to determine if orotracheal intubation is likely or expected to be difficult. If the evaluation suggests, based on the presenting clinical scenario (cervical spine injury, facial trauma, angioedema, etc) or anatomic finding (short neck, receding mandible, obesity, etc), that intubation may be difficult, practitioners must ask themselves whether adequate bag valve mask (BVM) ventilation will be possible. The answer to these two questions should help guide the practitioner down the road of rapid sequence intubation (RSI) or perhaps an alternative method of airway management, such as awake intubation.

The traditional approach to predicting a difficult intubation includes an evaluation guided by the mnemonic “LEMON” (Table). A comprehensive review of this topic has been published.9 In the OR setting, it has been reported that an abnormal airway assessment is significantly more likely to be associated with a difficult intubation as compared to those patients with normal-appearing anatomy (6.0% versus 1.3%).3 Patients presenting to the ED who require airway management often preclude a formal comprehensive airway evaluation prior to intubation, however. This is evidenced by a recent study by Levitan et al of 850 ED intubations.10 In the study population, Mallampati scoring, neck mobility testing, and measurement of thyromental distance could have been performed in only one third of non-cardiac-arrest intubations, and in none of the three RSI failures. The authors conclude that limitations exist in applying a traditional approach to airway evaluation for many ED patients requiring intubation.

It is unclear if the presence of obesity as an isolated anatomic feature actually increases the likelihood of a difficult intubation as the presence of obesity and increased body mass index have not consistently been associated with intubation difficulties.11-14 However, difficulty with intubation has uniformly been identified with abnormal physical findings often associated with obesity, such as large neck circumference and high Mallampati score.12,14 In a large retrospective review of more than 18,000 OR cases (excluding obstetrics), a number of anatomic findings were found to correlate with difficult intubation.3 The prediction of a difficult intubation (>2 laryngoscopy attempts) was noted with decreased mouth opening (<2 fingers) (relative risk [RR] = 10.3), shortened thyromental distance (<3 fingers) (RR = 9.7), poor visualization of the hypopharynx (uvula not seen) (RR = 4.5), and limited neck movement (RR = 3.2).

Proper patient positioning to facilitate orotracheal intubation is a component of emergency airway management that at times is overlooked. The importance of proper preintubation patient positioning cannot be overstated. Optimal positioning of the patient typically occurs prior to the administration of anesthetic agents. The exception to this rule may be select clinical presentations such as acute pulmonary edema or status asthmaticus when placing the awake patient in severe respiratory distress in a supine position may worsen the patient’s air hunger and further precipitate hypoxemia and agitation. In cases such as these, it may be best to properly position the patient upon induction of anesthesia and loss of consciousness.

Successful orotracheal intubation requires aligning the oropharyngeal, pharyngeal, and laryngeal axes. Proper positioning requires the patient to be placed in the “sniffing position.” This can be achieved when the patient is in the supine position by elevating the head 8 to 10 cm along with tilting the head as far backwards as possible.15-16 This allows for atlanto-occipital extension with simultaneous slight neck flexion.

In nonobese patients, the “sniffing position” is often achieved as described above with head elevation and neck extension. However, with obese patients, greater elevation of the head, neck, and shoulders is often required to obtain alignment of the oropharyngeal, pharyngeal, and laryngeal axes to facilitate orotracheal intubation. In these cases, elevating the head, neck, and upper body of morbidly obese patients with sheets or pads to obtain “ear to sternal notch” positioning has been shown to improve laryngoscopic view during intubation (Figure).13 An alternative to the “ear to sternal notch” positioning has been proposed, the Whelen-Callicott position.17 In this modified position, a roll or pad can be placed under the head to achieve neck flexion, but the head of the bed is elevated (reverse Trendelenburg position) to achieve optimal positioning without having to place additional pads under the patient’s shoulders. Many of the same challenges that exist with proper positioning of the morbidly obese patient exist with advanced pregnancy.

Preoxygenation is essential to the “no bagging” principle of RSI. Preoxygenation will lead to nitrogen washout (denitrogenation) of the functional residual capacity (FRC) of the lungs, resulting in an oxygen reservoir in the alveolar space. The goal is to delay the onset of hypoxemia during apnea following induction of general anesthesia. Effective preoxygenation requires a spontaneously breathing patient. The traditional approach to preoxygenation has been to provide the patient with 100% oxygen for 3 minutes during tidal volume breathing. In recent years, this has been challenged and alternative methods have been suggested that provide similar degrees of protection against hypoxemia during induction of anesthesia. Rapid preoxygenation with eight vital-capacity (deep) breaths has been shown to be an effective alternative to the traditional 3-minute technique.18

Morbid obesity is associated with a number of physiologic changes that can affect optimizing preoxygenation. Metabolic rate and oxygen consumption are proportional to body weight. Because of this, obese patients have an increased oxygen demand. In addition, these patients may have a degree of restrictive lung disease as a result of decreased chest wall compliance. Obese patients also have a decreased FRC that is further accentuated when the patient is placed in the supine position. At times, the FRC may fall below the closing capacity, leading to alveolar collapse and further exacerbating ventilation-perfusion mismatching. Because of these physiologic changes, adequate preoxygenation of obese patients is often difficult to achieve. Preoxygenation in morbidly obese patients may be improved by performing this with the patient in a 25° head-up position to help improve gas exchange and reduce ventilation-perfusion mismatching.19 Even with sufficient preoxygenation, it has been shown that oxygen saturation will decrease to 90% significantly faster in morbidly obese patients as compared to nonobese controls.18 Similar physiologic changes including a decrease in FRC and an increased oxygen demand occur in advanced pregnancy.20 The subset of patients undergoing RSI who are obese or in advanced pregnancy may require positive pressure ventilation by BVM sooner or more frequently than other subsets of patients, notwithstanding the potential difficulties associated with BVM ventilation of these patients. Bag valve mask ventilation is at times a crucial and lifesaving skill. Obesity has been identified as a predictor of difficult BVM ventilation. This group of patients also have a much greater incidence of obstructive sleep apnea (OSA) than nonobese controls.14 Patients with OSA may have a more narrow and collapsible pharynx than normal individuals.21 These findings may contribute to some of the difficulties encountered in BVM ventilation with this subset of patients. Optimal BVM ventilation using a two-person technique, along with the use of large oral or nasopharyngeal airways, may be beneficial.

In summary, the morbidly obese patient requiring intubation may present challenges. A comprehensive preintubation airway may identify “anatomic predictors” associated with a difficult intubation. If possible, even a brief evaluation looking for enlarged neck circumference and shortened thyromental distance may prove helpful prior to intubation. Preparation, including having access to alternative airway and rescue devices, proper patient positioning, and optimizing preoxygenation, is necessary to facilitate successful intubation in this group of patients.

David A. Wald, DO, is director of clinical simulation and associate professor of emergency medicine in the Department of Emergency Medicine, Temple University School of Medicine, Philadelphia. For more information, contact [email protected] 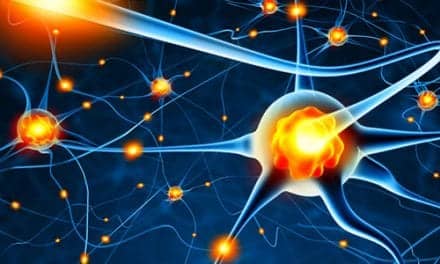