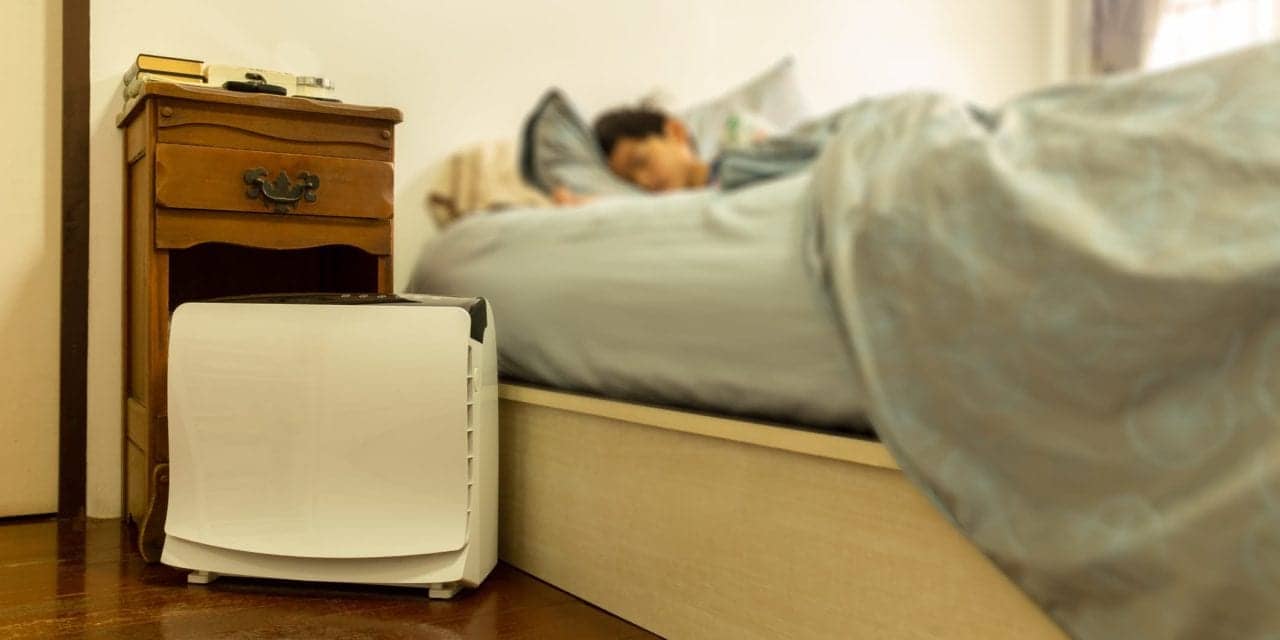 Using a bedroom air filter that traps fine particles of pollution with diameters smaller than 2.5 micrometers can significantly improve breathing in asthmatic children, a new study in JAMA Pediatrics found.

The research documents that physiological improvements occur in the childrens’ airways when air filters are in use, and it suggests that with consistent use, the filters may help prevent, not just alleviate, asthmatic flare-ups.

While using the filters daily for two weeks, children in the study experienced decreased airway resistance and lung inflammation and increased airway elasticity, among other benefits.

“Pharmaceutical companies have spent large amounts to develop drugs that can work on lower airways, but they are very expensive. Our results show that using an air purifier to reduce the exposure of lower airways to pollutants could help asthmatic children breathe easier without those costly drugs,” Junfeng Zhang, professor of global and environmental health at Duke University’s Nicholas School of the Environment, says in a statement.

Fine particulate matter (PM2.5) is a ubiquitous air pollutant originating from fossil fuel emissions, wildfires and other biomass burning, industrial sources, and gasoline- and diesel-powered vehicles. Thirty times smaller in diameter than a human hair, the particles are easily inhaled and can penetrate deep into the small, or lower, airways where they can trigger or exacerbate asthma symptoms. Inhalers don’t help, since they are only designed to open upper airways, according to the researchers.

The scientists conducted the double-blind crossover study in a Shanghai suburb during a period of moderately high PM2.5 pollution in 2017. They gave 43 children with mild to moderate asthma two air filters to use in their bedrooms. One was a high-efficiency particulate air (HEPA) filter capable of removing PM2.5; the other was a sham filter. Each filter was used for two weeks in random order with a two-week interval in between. Neither the children nor their families knew which filter was which.

Results showed that PM2.5 concentrations inside the children’s bedrooms were a third to two-thirds lower when the real air filters were in use than when the sham ones were being used, Michael H. Bergin, professor of civil and environmental engineering at Duke’s Pratt School of Engineering, says in a statement.

Although the benefits lasted only as long as the real air filters were in use, “it’s probable that if children use the filters on an ongoing daily basis they will see continued benefits,” Zhang says.

If clinical trials confirm the new study’s findings, the filters could serve as a practical preventive measure for asthma management in polluted outdoor or indoor environments worldwide, he says. They could also be lifesavers in areas near wildfires.

“Look at the high PM2.5 pollution levels that occurred in San Francisco last year as a result of smoke from the California wildfires, and at the air-quality problems happening this year from the bushfires in Australia,” he says. “People should really consider using one of these devices during wildfires.”

Many Report Having Control Over Asthma Even While Experiencing Symptoms Regularly