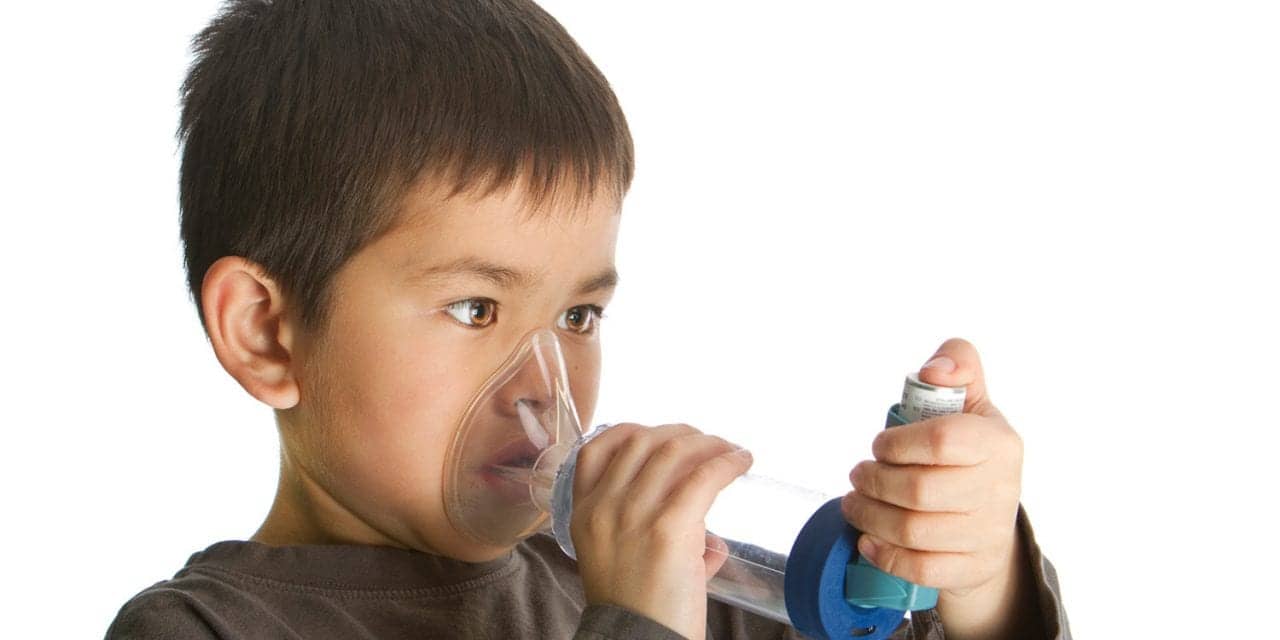 Children with asthma who are required to switch inhaler types to accommodate insurance formulary changes may experience a loss of lung function not seen in children whose inhaler type stayed the same, according to data at Chest 2019.
Inhaled corticosteroid (ICS) therapy, a cornerstone of daily asthma management, is delivered by several types of inhalers that require different usage techniques. Insurance formulary coverage often dictates inhaler selection and can change abruptly, requiring children to switch inhaler types with little notice. In this study, moving from beclomethasone dipropionate (BDP) delivered via a metered dose inhaler (MDI) to an ICS delivered by a dry powder inhaler was associated with a loss of lung function.

The researchers retrospectively reviewed charts of children ages 6 to 18 with asthma served by the impacted Medicaid plan from a large, university-based general pediatric clinic who had spirometry performed both before (February to July 2016) and after (February to July 2017) the formulary change. Sixty-eight patients were identified on inhaled controller therapy with 98.5% being supported by MDIs prior to the formulary change and 60% afterwards.

The investigators found that of the 24 patients switched to a dry powder inhaler, the average FEV1, a measure of maximum air expelled in one second, was 99% predicted prior to the change and 89% predicted after being transitioned to the dry powder inhaler. A statistically significant decline was also seen in FEF25-75%, a measure of small airway function measured by spirometry, where the average was 89% predicted prior to the change and 77% afterwards. Of those who remained on a metered dose inhaler, no statistically significant changes in lung function were observed (FEV1 101% pre-formulary change and 98.9% post).

“Changes in insurance formulary coverage are a major reason why patients who are otherwise stable are switched to a different asthma medication,” said Scott Bickel, MD, from the University of Louisville School of Medicine, who presented the study. “Our findings suggest that when considering formulary changes, insurance organizations should take into account the unique needs of pediatric patients with asthma, ensuring all children have access to the inhaler device that is most appropriate for their individualized care.”

Victor Test, MD, Co-Chair of the Chest Scientific Program Committee and Professor of Texas Tech University Health Sciences Center, added: “This study demonstrates that formulary-dictated changes in inhaled corticosteroids decreases control of asthma and raises the following question: Are changes in formulary driven only by financial concerns appropriate in patients with asthma?”

Study Points to Genetic Link for Apnea of Prematurity in Infants

Airflow Changes in Asthmatic Lungs Are Continuous Over Time