In the United States, more than 12 million people are impacted by chronic obstructive pulmonary disease, more familiarly known as COPD. It holds spot number 4 on the Centers for Disease Control and Prevention’s top 10 leading causes of death, and, in 2005, an estimated 126,005 people died as a result of the condition.1 This represents an 8% increase over 2000 and makes COPD the only leading cause of death that has increased its impact during that time.1

The greatest risk factor associated with COPD is tobacco smoke, although asthma, air pollutants, and respiratory infections also may influence development of the disease. Genetics is thought to play a role as well—since a minority of smokers develop COPD, it may perhaps be a significant one—but which gene (or genes) and which role (or roles) are unclear.

Researchers behind the COPDGene Study want to determine the exact nature of this genetic impact on the development of COPD in smokers—and, by association, the potential impact on care. It is expected that, as these subjects are followed prospectively over time, the phenotypic, pathophysiologic, and genetic data gathered will be useful in identifying factors that control the progression of COPD.2

To answer the questions posed, a large-scale, multicenter, observational study was developed to identify and correlate the genetic risk factors and phenotypic features that underlie COPD. The principal investigators, Edwin K. Silverman, MD, PhD, associate professor of medicine, Channing Laboratory, Harvard Medical School, and an associate physician at Brigham and Women’s Hospital, both in Boston, and James D. Crapo, MD, professor in the department of medicine at National Jewish Health in Denver, worked together to get the study off the ground. It launched in March 2008.

The design of the initial phases mirrors that of a cross-sectional study, but it also has been structured to permit longitudinal follow-up. Chest CT will be used to capture data for the assessment and categorization of disease. The scans will be analyzed for emphysema, gas trapping, and airway wall thickening with the purpose of developing COPD phenotypes. It is hypothesized that these subgroups may then be useful for making decisions regarding treatment pathways; they also are expected to be key to completing a comprehensive genome-wide study to identify COPD susceptibility genes.3

To achieve statistically significant data, the team aims to recruit 10,000-plus participants—and is nearly there. “COPDGene has enrolled more than 9,200 subjects thus far and remains on track to recruit a total of 10,000 subjects. We anticipate recruitment, with collection of full study data, to be completed by April 2011,” Silverman says.

The large study population is intended to provide the statistical power needed to identify risk factors in major ethnic and racial populations. Participants have been recruited through 21 clinical sites in the United States, ranging from the University of California, Los Angeles, to Duke University in Durham, NC. Eligible patients include smokers with or without COPD between the ages of 45 and 80 years.

With such a large pool of subjects, the COPDGene Study is expected to generate an enormous amount of data. “Data analysis has already begun and will continue for years to come,” Silverman says.

At present, the data will be used to develop distinct COPD phenotypes, if possible, and determine associated genetic components. The original plan called for a genome-wide association study on an initial group of 3,000 subjects with the goal of identifying “genetic variants associated with case-control status and several quantitative phenotypes related to COPD.”3 The genome-wide association analysis has now been expanded to include all 10,000 subjects, however. A conventional case-control design stratified by racial groups has been employed.2

The single gene polymorphisms (SNPs) were found to yield statistical signals in the first phase of analysis, then undergo verification in independent study populations.2 Once confirmed, the regions around these SNPs also will be examined for potential association with risk of COPD.

“In previous studies, we have found that COPD does cluster in families—smokers in families of COPD patients are at increased risk for COPD compared to smokers in other families,” Crapo says. Moving forward, it is hoped that more detailed information will lead to improved care as well as helpful intervention.

Although some of the study questions require the full subject population for analysis before they can be answered, there have been some early results that have proven interesting. “It has been surprising how many smokers with normal lung function have evidence for emphysema. It also has been surprising that a large percentage of subjects do not fit into existing COPD classification schemes—they have reduced FEV1 but normal FEV1 /FVC—and this group has been understudied,” Silverman says.

Determination of COPD phenotypes is one of the study aspects that will require the entire sample. “We hope that a combination of physiology, imaging, other clinical characteristics, and genetics will allow us to define subgroups of COPD, but it is too early to tell how distinct these groups will be. Certainly, there are some severe COPD subjects with extensive emphysema and others with similar degrees of airflow obstruction without significant emphysema, and it appears that these represent distinctly different types of disease that are currently classified as COPD,” Crapo says.

Although a large amount of phenotypic data is gathered from each study subject, the analysis focuses on a few key criteria in an effort to reduce potential problems related to multiple testing: the status of COPD (using GOLD Stages 2 through 4) with absence determined by normal spirometry; airflow obstruction (measured as post-bronchodilator FEV1); the presence of emphysema (defined as the percentage of the lung less than -950 HU); air trapping on expiratory CT (percent of lung less than -856 HU); and airway disease (the wall area percent of the fourth and fifth generation airways).3

Currently, the most clearly defined COPD subgroup is alpha-1 antitrypsin deficiency (AATD)—”a genetic risk factor that is often, but not always, associated with severe, early-onset COPD and basilar emphysema,” Silverman says. It is most common in populations of Northern European ancestry (although not limited to this group).4 The relationship, notes Silverman, offers existing evidence that genetics does have an influence on COPD subgroups.

To break that relationship down, COPDGene researchers will apply three general analytical strategies to the genome-wide SNP data to identify disease susceptibility loci (DSL).3 Datasets will be screened and tested for immediate identification of DSL, SNPs will be ranked using estimated effect size for 2-Stage design, and results will be integrated across racial groups.3

Genetic association tests will then be performed for both qualitative and quantitative COPD-related phenotypes, and separate association analysis will be done in certain subject groups (eg, Gold Stage 1).

Silverman and Crapo note that, thus far, the strongest genetic evidence for novel, common COPD determinants is located in three regions of the genome: in a block of genes on chromosome 15 that includes several components of the nicotinic acetylcholine receptor (which binds nicotine and is related to smoking behavior) and an iron-binding gene called IREB2; on chromosome 4 upstream from a gene that can influence lung development called HHIP; and on chromosome 4 in a gene of unknown function called FAM13A.

“However, the actual genetic variant or variants that influence COPD susceptibility in those regions have not yet been identified,” Silverman says. Once discovered, the information may offer medical direction for COPD patient care, or at least increase awareness and research. Even with literature on AATD, the specific condition is highly underdiagnosed.4

“We hope that new genetic determinants of COPD, like FAM13A, will point to new biological pathways for COPD, which ultimately will lead to better diagnostic and therapeutic approaches,” Crapo says. Currently, COPD lacks a cure and damage is irreversible. Intervention, in the form of treatments and lifestyle changes, can improve quality of life and slow disease progress. The COPDGene team does not expect to change this paradigm overnight, but it does hope to have a positive impact, one that could ripple through the entire medical chain.

“Although the immediate impact of COPDGene on RTs will likely not be large, if we can improve our understanding of COPD pathogenesis, it ultimately could lead to improved diagnosis and therapy of COPD—which could affect RTs substantially,” Silverman says. Eventually, it also could bring down some of the high morbidity and mortality figures associated with the disease, if not help to lower its rank among the top 10 leading causes of death. 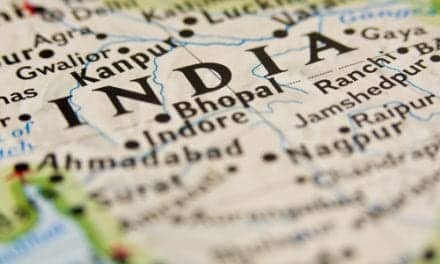