Treating peanut allergies with oral immunotherapy changes the DNA of the patient’s immune cells. The change could serve as the basis for a simple blood test to monitor the long-term effectiveness of allergy therapy, according to a new study from the Stanford University School of Medicine and Lucile Packard Children’s Hospital Stanford.

As the specifics of the report explain, peanut allergies, like other food allergies, currently have no cure. Therefore, scientists have conducted clinical trials of doctor-supervised immunotherapy in which peanut-allergic patients take increasing amounts of peanut powder to try to desensitize them to the peanut allergen. At the end of the trial, patients are usually asked to eat some peanuts every day for the rest of their lives.

Until now, doctors could not test whether patients who had completed immunotherapy could safely stop eating daily doses of peanuts. “Our new finding can help us try to determine whether, for the long term, someone’s allergy has truly been shut off so people can eat ad lib,” said Kari Nadeau, MD, PhD, associate professor of pediatrics at Stanford and an immunologist at Stanford Hospital & Clinics and Lucile Packard Children’s Hospital Stanford.

Nadeau is the senior author of a paper describing the new findings, which will be published online in the Journal of Allergy and Clinical Immunology.

In the new study, Nadeau’s team examined 20 peanut-allergic children and adults who had completed two years of immunotherapy, which enabled them to eat one 4-gram serving of peanuts daily without experiencing a major allergic reaction.

The patients were asked to stop eating peanuts for three months and then were given a small amount of peanut powder to see if their allergy returned. Thirteen of the patients regained their allergy, while seven did not. The researchers compared the immune cells in the blood of patients from the two groups. Blood samples from peanut-allergic patients who had never received oral immunotherapy were used as a control.

The researchers focused on the regulatory T cells, which are white blood cells that help to suppress an allergy response. In these cells, the DNA at a gene called forkhead box protein 3, or FOXP3, was slightly different in each of the three groups of patients. The FOXP3 gene has previously been shown to play a role in allergies.

The researchers did not detect changes in the genetic code itself. Rather, there were different numbers of methyl groups attached to the DNA. These molecular add-ons to the DNA control the rate at which the gene is expressed, turning the volume up or down on the gene’s voice in the cell. Patients who maintained their tolerance to peanuts had low levels of DNA methylation at FOXP3, while those who regained their allergy had an intermediate level. Peanut-allergic patients who had not received oral immunotherapy (the control group) had a high level of DNA methylation at the FOXP3 gene.

“The DNA change could possibly be used to monitor the effectiveness of oral immunotherapy,” Nadeau said. “But, it needs further testing.” The blood test necessary to monitor the DNA is inexpensive, requires only a small amount of blood and uses common lab equipment. However, Food and Drug Administration approval would be needed before the test could be used clinically for this purpose.

“It’s interesting that the change we saw is at the epigenetic level,” Nadeau explained, referring to changes in gene activity and expression caused by factors other than DNA sequence. “This might help us tell people if they can safely go off of immunotherapy, or if they need to continue to eat the food every day. The test could also help researchers determine whether some individuals would benefit from longer courses of immunotherapy,” she added.

As noted in the report, future studies are needed to determine whether the genetic change to FOXP3 is passed on to the children of people who have completed oral immunotherapy. 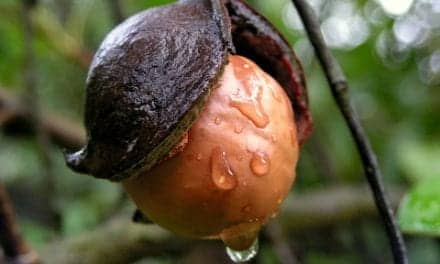