Understanding Chest Tube Use for a Pneumothorax 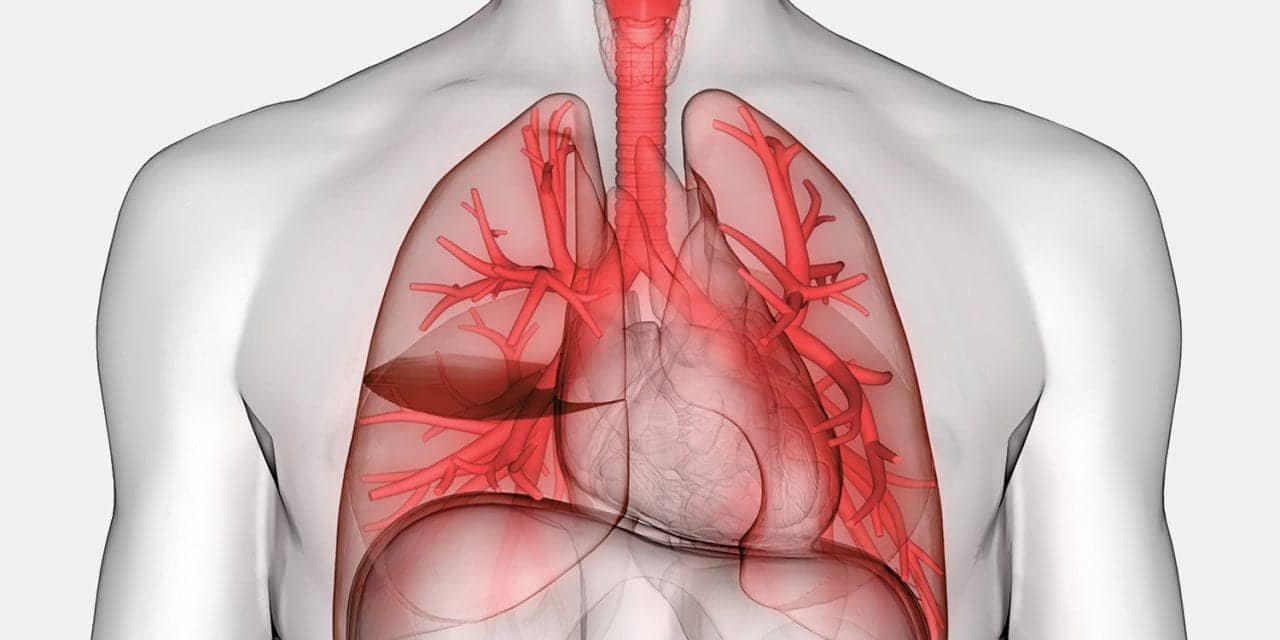 It is important for RCPs to understand necessary treatment options for patients with pneumothoraces and chest tubes connected to drainage systems including compensating for lost volume in mechanically ventilated patients and checking the negative pressures being applied to the chest.

Any time that air leaks into the pleural space, which lies between the parietal and visceral pleurae, a pneumothorax forms. The air can leak from the lung or can come from the atmosphere outside the body. The collection of air may be small and may primarily cause pain, or the pneumothorax may continue to grow, filling the pleural space, collapsing the lung, and affecting the heart and the other lung.

In the hospitalized patient, certain invasive procedures can lead to the formation of a pneumothorax. These include insertion of a central venous catheter or pulmonary artery catheter via subclavian veins, thoracentesis, tracheostomy, and transbronchial biopsy during bronchoscopy. These procedures can sometimes cause an unintentional tear or hole in the pleural lining, and air leaks from the lung into the pleural space.

Positive pressure applied to the lung (as used in mechanical ventilation, intermittent positive-pressure breathing, or continuous positive airway pressure therapy) can also cause pneumothoraces if the pressure is high enough to create a leak or rupture. It should be noted that in patients with fragile lungs due to lung disease or in cases where air can easily move into a lung segment but may be restricted from coming out (for example, because of a ball-valve effect or partial obstruction from secretions), the amount of positive pressure that may cause a pneumothorax can be very low. A pneumothorax that results in pleural pressures that exceed atmospheric pressure can produce tension pneumothorax, a life-threatening event. Positive-pressure ventilation is almost always linked to a tension pneumothorax.

Pneumothoraces are also related to injuries due to chest trauma. Chest trauma is generally categorized as either blunt trauma, such as a blow to the chest, or penetrating trauma, such as a gunshot or knife wound. Rapid deceleration (often occurring in automobile accidents) can cause alveolar rupture or a tracheal fracture, resulting in a pneumothorax. Rib fractures are another cause of pneumothoraces; the fractured bone causes a tear in the pleural lining and damage to the parenchyma.1 Rib fractures are most often caused by blunt trauma. Penetrating trauma can cause a sucking chest wound into which air rushes during inspiration.

When a pneumothorax occurs, patients often complain of sudden, sharp chest pain, dyspnea, and, sometimes, a dry, hacking cough.2 A small pneumothorax may not cause any noticeable symptoms, and the air will often be reabsorbed, as long as the air leakage does not continue. Should the size and pressure of the pneumothorax grow large enough, however, a critical situation involving a tension pneumothorax occurs, causing severe hypoxia, hypercapnia, and (unless the situation is corrected immediately) death. The mediastinum, containing the trachea, heart, and circulatory vessels, will shift away from the side affected by a tension pneumothorax as the collection of air pushes on these structures. The increase in intrathoracic pressure seen with a tension pneumothorax will cause a decrease in venous return to the heart and a drop in blood pressure and cardiac output. Severe dyspnea and bulging neck veins will also be seen. Breath sounds and tactile fremitus will be diminished (or even absent) over the side affected by the pneumothorax. Percussion will reveal tympany or hyper-resonance.

All patients with pneumothoraces should be given oxygen therapy in order to relieve hypoxemia. A small pneumothorax will often resolve itself on its own as the lung repairs the damaged pleura and parenchyma. If the leak is stopped, the size of the pneumothorax will decrease by about 1.25% each day, so the free air will disappear over the course of several days to weeks, depending on the size of the problem.1 A small pneumothorax can be effectively treated through simple aspiration using a small catheter (7F) attached to a three-way stopcock and syringe. The free air in the chest is drawn out from the pleural space through the catheter and expelled from the syringe, with the stopcock being used to facilitate the one-way flow of air out of the chest. The usual insertion point for removing free air is at the second or third intercostal space anteriorly on the midclavicular line or the midaxillary line. Spontaneous pneumothoraces tend to be a recurring problem and are often treated surgically by removal of bullae and blebs or by causing the pleurae to adhere to each other (pleurodesis). This can be done by abrading the surfaces with gauze or introducing an agent such as talc to cause a fibrotic reaction and subsequent adhesion of the two pleural linings.1,4

A tension pneumothorax is a life-threatening event that requires immediate treatment. If the patient is receiving positive- pressure ventilation, peak pressures need to be minimized to relieve the pressure and air buildup in the chest while emergency supplies are being collected. Once it has been determined that a tension pneumothorax has occurred, quick action can save the patient’s life. A 19-gauge or larger needle attached to a three-way stopcock and large syringe can be used to remove the air using the insertion points described previously. The placement of a chest tube connected to a water-sealed drainage system is the next step in treating the pneumothorax. The air leak may be repaired by the normal processes of the lung as the free air is being removed through a chest tube; if not, then surgical repair is needed to stop the problem. One of the first steps in treating a sucking chest wound is to cover the hole in the chest at the end of expiration and hold the covering in place to stop the atmospheric air from moving into the chest. Then the hole should be closed with sutures, and the pneumothorax must be evacuated using a catheter, by needle aspiration, or through a chest tube.

Chest tubes range in size from 7F to 40F and are usually sutured in place. The size of the tube is determined by the cause of the pneumothorax and the extent of the damage or injury. For example, a gunshot wound may involve the need to evacuate a large volume of blood and clots, as well as a large flow of air exiting the lung from the injury; thus, they require a large-caliber chest tube or, possibly, multiple chest tubes. A moderate-to-large pneumothorax can usually be treated using a chest tube of 16F to 22F that is connected to a Heimlich valve (which allows air to exit the chest tube, but not to enter it) and to a water-sealed drainage system, or to a drainage system with suction applied.6 A larger pneumothorax, or one that involves a large air leak, may need a chest tube of 24F to 28F connected to a drainage system with suction applied.

The insertion point for a chest tube being used to relieve a pneumothorax is usually at the second or third intercostal space anteriorly on the midclavicular line or from the second or third down through the seventh intercostal space on the midaxillary line, with the tube directed toward the apex of the lung. Once the air has stopped leaking for 24 to 48 hours, indicating that the cause of the leak has been resolved, and a repeat chest radiograph shows the absence of free air, the chest tube is removed by simply pulling it out through the insertion site. Then the site is covered with gauze soaked in petroleum jelly to prevent outside air from entering the opening.

Subcutaneous emphysema is associated with chest tubes. It occurs when air invades and dissects through the muscles and tissues that lie on top of the rib cage in the upper chest and, often, the neck. The swelling is usually benign, but it can cause distorted facial features and may indicate poor chest-tube placement, inadequate drainage, or inadequate measures for securing the tube from movement or migration.7

Figure 1 shows a simple drainage system that can be connected to suction or to a Heimlich valve. The fluid-collection bottle would have measurement markings on it to help clinicians track the amount of fluid collected. This system could allow for reduction of a pneumothorax, but has several problems associated with it. First, should the patient also have blood or fluids draining from the chest, the collection bottle could fill and clog the suction outlet/connection. Second, with a very low level of suction applied to the system, there is the potential for air to move back into the chest if the intrathoracic negative pressure exceeds the suction pressure. Third, most hospital suction systems are capable of generating high levels of negative pressure and high aspiration flows. This situation could cause problems by sucking lung tissue into the chest tube, stealing too much air from the pulmonary system and keeping the leak active,8 or pulling off too much free air too quickly (which could cause re-expansion pulmonary edema in the lung that has been reinflated). The edema problem is thought to be due to fluid being pulled out of the vasculature because of high intra-alveolar negative pressure and to some sort of vascular injury, at least in part.1

Figure 2 (page 56) shows the addition of a water-sealed bottle to the simple drainage system. This helps to stop the problem of air moving back into the chest, and it also provides greater capacity for the collection of blood or body fluids without any clogging of the suction outlet/connection. Figure 2 shows free air moving out of the chest into the drainage system and causing bubbles to appear in the water-sealed bottle. This system can also be attached to a Heimlich valve to facilitate the movement of free air out of the chest. There is still, however, a potential problem when the system is connected to a suction source that generates negative pressures and aspiration flows that are too high.

The volume and flow of free air coming out of the chest through a chest tube are not directly measurable, but they can be approximated in patients receiving mechanical ventilation. This is done by measuring the tidal volume being delivered by the ventilator on the inspiratory side of the system and comparing it to the exhaled tidal volume on the expiratory side of the system. As air leaks out through the chest tube, the volume of the leak will approximate the difference found between the inspired and expired tidal volumes An assessment of flow through the chest tube is a subjective estimate based on the amount of bubbles seen in the water-sealed chamber. A small leak with small flow rates will result in occasional bubbles while a moderate leak and higher flow rates will result in constant bubbles (or an increase in bubbling that corresponds with the inspiratory phase of the ventilator breath). A large leak with high flow rates will result in a great deal of constant bubbles (or an abundance of bubbles that correspond with the inspiratory phase of the ventilator breath). Note that a large amount of negative flow and/or negative pressure from the suction system being applied to the chest tube drainage system will cause the atmospheric ventilation tube to bubble very rapidly with lots of bubbles. The suction system should be regulated to keep the atmospheric ventilation tube from excessive bubbling. An occasional bubble is acceptable, but constant, bounding bubbles indicate that the suction system is set too high.

RCPs in critical care settings are often working with patients who have pneumo-thoraces and chest tubes connected to a drainage system. Understanding this component of treatment is necessary in order to deal with a variety of situations, including handling an emergency tension pneumothorax, compensating for lost volume in mechanically ventilated patients, checking the negative pressures being applied to the chest, and teaching the patient or family about the care being delivered. 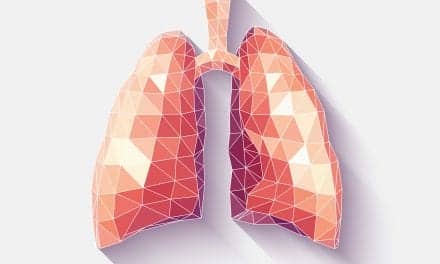 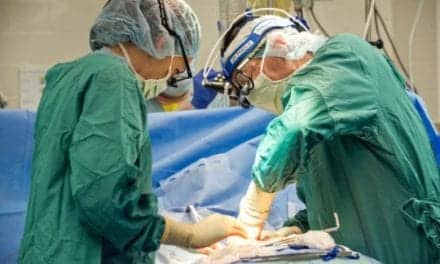