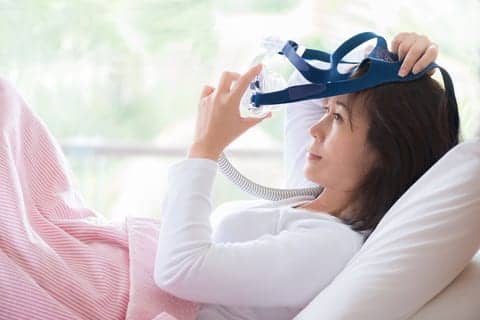 Sleep apnea during pregnancy and 2-7 years after delivery was associated with the development of hypertension and metabolic syndrome, according to a new study published online in the American Journal of Respiratory and Critical Care Medicine.

Researchers examined whether sleep disordered breathing (primarily obstructive sleep apnea) during pregnancy and in the years after delivery is associated with an increased risk for hypertension and metabolic syndrome. Metabolic syndrome consists of a cluster of conditions that increase the risk of heart disease, stroke and diabetes.

Researchers conducted sleep apnea tests on 1,964 women who were part of the Nulliparous Pregnancy Outcomes Study: Monitoring Mothers-to-be Heart Health Study (nuMoM2b-HHS) and were experiencing their first pregnancy, and 1,222 of the same study participants who were examined 2-7 years after delivery. The researchers then determined whether participants were at increased risk for hypertension or metabolic syndrome.

“While epidemiologic data from cohorts of middle-aged and older adults indicate that sleep disordered breathing is associated with adverse cardiometabolic outcomes, less is known about how sleep-disordered breathing in pregnancy and in the post-delivery period impacts maternal health,” stated the authors.

Sleep disordered breathing during pregnancy has been associated with a two to three-fold increased risk for preeclampsia—persistent high blood pressure during pregnancy that can lead to serious health consequences—and/or gestational diabetes (diabetes that develops during pregnancy). These and other adverse pregnancy outcomes are risk factors for later development of hypertension and metabolic disease in the mother. Study participants were tested both during pregnancy and two to seven years later, each using the same model home sleep apnea test. Among other factors, sleep apnea tests measure the number of times a person experiences breathing pauses and associated drops in oxygen levels. Study participants were considered to have sleep apnea if they experienced five or more breathing pauses or drops in oxygen during their estimated sleep period.

“We found that the presence of sleep apnea measured both during pregnancy and two to seven years after delivery was associated with the development of hypertension and metabolic syndrome,” said Francesca L. Facco, MD, assistant professor, Department of Obstetrics, Gynecology & Reproductive Science, Division of Maternal Fetal Medicine, UPMC Magee-Womens Hospital, Pittsburgh.

In addition, participants with sleep apnea that persisted during pregnancy and the two to seven year follow-up visit were at more than three-fold increased risk for incident hypertension and a more than two-fold increased risk for metabolic syndrome compared to participants who never had an abnormal sleep study. Incident hypertension is defined as the first occurrence at any follow-up visit of systolic blood pressure 140 mm HG or higher or diastolic blood pressure 90 mm HG or higher.

“Our data also demonstrated a higher risk of developing metabolic syndrome and hypertension using a simple measurement of oxygen dips per hour of sleep,” said study co-author Susan Redline, MD, MPH, who directs the Sleep Medicine Epidemiology program at Brigham and Women’s Hospital and Harvard Medical School, Boston. “These results suggest that use of simple oxygen monitoring devices may be useful for identifying women in pregnancy and in the post-delivery period at risk for adverse health outcomes and identifying women who may potentially benefit from treating sleep apnea.”

“These data underscore the need to rigorously evaluate the role of screening and treating sleep apnea during pregnancy and in the post-delivery period as new strategies for early interventions aimed at improving long-term maternal health,” the authors concluded. 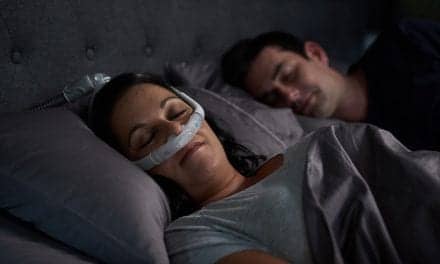 CPAP May Protect Some OSA and CVD Patients from Cardiac Events