High altitude can create respiratory and cardiovascular complications for individuals with chronic lung disease and OSA.

High-altitude locations are generally defined as areas that are more than 3,000 m above sea level. Some cities are well known for being even higher; for example, La Paz, Bolivia, is the highest capital city (at 3,627 m). The highest city is Wenquan, China, at 5,100 m. There are people working at still higher locations, such as Aucanquilcha, Chile, the highest mine in the world (6,100 m).

The acute adverse effects of high altitudes on humans are frequently seen. Most people tolerate ascents to 2,200 m, but many who ascend to 2,500 m or more may undergo an unpleasant acclimation. The suite of symptoms induced by altitude is usually called acute mountain sickness, which is manifested as changes in intellectual and psychological function, headache, nausea, vomiting, loss of appetite, insomnia, and (more rarely) pulmonary edema, cerebral edema, and coma. Acute exposure to an altitude of 3,000 m induces acute mountain sickness in 30% of subjects; when the altitude is 4,500 m, symptoms are reported by 75%.

Tissue hypoxia is responsible for most symptoms. Hypocapnic hypoxia appears to induce cerebral vasodilatation. The increase in cerebral blood flow may explain the headaches and other symptoms. In addition, subjects who develop acute mountain sickness have been described as having lower vital capacities and lower hypoxic ventilatory drives.1-4

Altitude and Barometric Pressure
The effect of altitude on human physiology has been widely studied in natural and simulated conditions. The primary effect of altitude is a decrease in barometric pressure. The relationship between altitude and barometric pressure is almost linear from 0 to 5 km and is negatively correlated (Figure 1); the barometric pressure substantially decreases as altitude increases. The most striking feature of exposure to low barometric pressure is an immediate effect on Pao2 values. Ventilation then increases progressively for days in order to compensate for alveolar hypoxia, and there is a progressive decrease in Paco2 values. Subsequently, several physiological changes occur; initially, there is an increase in cardiac output. With long-term exposure to high altitudes, there is an increase in red-cell mass and there are changes (such as an increase in the number of capillaries) in the peripheral tissues. After several years of residence at high altitude, desensitization to hypoxia may occur.5

Insomnia is a common complaint of individuals exposed to high altitudes. Sleep is fragmented, and deep (slow-wave) sleep is significantly decreased. Spontaneous arousals appear during the first nights of exposure. There is a marked increase, over time, of periodic breathing, and this may be associated with a significant number of arousals. Periodic breathing is explained by hypoxia and hypocapnic alkalosis induced by hyperventilation. Administration of oxygen or carbon dioxide during the first few nights of exposure may erase periodicity in respiration and reduce arousals secondary to sleep-disordered breathing.6 Periodic breathing decreases on subsequent nights, and the quality of sleep improves.

Acute mountain sickness can be prevented. Travelers can plan a slow ascent if the ultimate destination’s altitude will be considerable. In addition, symptoms can be prevented or treated with medication. Acetazolamide inhibits the enzyme carbonic anhydrase and induces hyperchloremic metabolic acidosis, simulating acclimation. Dexamethasone is another drug used for prevention and treatment, but its greatest utility is in the treatment of cerebral edema.

Long-term residents of high altitudes may lose their acclimation. These subjects develop a syndrome called chronic mountain sickness or Monge disease. This is a consequence of an excessive desensitization to chronic hypoxia, with depression of the respiratory center leading to chronic hypercarbia. The syndrome is characterized by hypoventilation, hypoxemia, polycythemia, pulmonary hypertension, and cor pulmonale, even in the absence of sleep apnea or pulmonary disease. Patients with chronic mountain sickness improve significantly when they move to low altitudes.5,7

Mexico
In Mexico, there are 37 cities located at altitudes of 1,000 m or more. Seven of these cities are more than 2,000 m above sea level. Mexico City is located at 2,240 m and is surrounded by mountains. Consequently, some highways and railways entering the city reach altitudes of nearly 3,000 m. Most cities in Mexico are located at moderate altitudes (below 2,500 m), and acute mountain sickness is uncommon. Nonetheless, a few severe cases manifesting as pulmonary edema have been seen in Mexico City. Patients with chronic lung disease who plan to travel to these high-altitude cities should be aware of their altitude (as should their physicians).

The barometric pressure in Mexico City is 23% lower than at sea level (585 mm Hg versus 760 mm Hg). Normal Pao2 and Paco2 mean values are 67 mm Hg and 31 mm Hg, respectively.8 Despite the fact that these values permit an oxygen saturation level above 90%, long-term residents have increased red-cell mass.9 This means that there is a chronic response to tissue hypoxia, so the Paco2 value of 31 mm Hg represents 25% more ventilation than it would in subjects who reside at sea level (whose typical value is 40 mm Hg). Recently, investigators at the Instituto Nacional de Enfermedades Respiratorias, Mexico City, reported that residents of that city present a ventilatory response more typical of high altitudes.10 Ventilatory response depends primarily on hypercapnia, and there is a virtual absence of response to hypoxia in more than half of normal subjects. These results suggest that in long-term residents of moderate altitude, such as in Mexico City, there is desensitization to chronic hypoxia. Moreover, some cases of chronic mountain sickness have been reported at this altitude.11,12

Chronic Lung Disease
The most common effect of altitude in Mexico is seen in patients with chronic lung diseases, of which chronic obstructive pulmonary disease and interstitial lung disease are two of the most commonly seen. In Mexico City, chronic lung disease patients frequently present with daytime hypoxemia as a result of the combination of lung disease and altitude. These patients often meet the criteria established at low altitudes for prescribing long-term oxygen therapy (LTOT). The criteria for LTOT established at low altitudes do not necessarily apply to moderate or high altitudes, however. Patients are acclimated to chronic hypoxia, and it is possible that they do not have the same risks of lower survival or worsening hemodynamic conditions that a person who met the same criteria at sea level would face.

OSA
Obstructive sleep apnea (OSA) at high altitudes warrants special attention. The low Pao2 values seen in healthy subjects can also induce deeper desaturations during periods of apnea and hypopnea. Consequently, OSA patients may be more likely to develop polycythemia and to experience adverse effects on the cardiovascular system. It is possible that, even in the absence of OSA, overweight subjects (and even those of average weight) may be subject to significant hypoxemia during sleep. We found that 11 of 16 healthy subjects exhibited significant nighttime desaturation.13 In addition, we have recently observed several children with sleep apnea who developed pulmonary hypertension. This phenomenon is frequently associated with notably low values for nighttime oxygen saturation.

Conclusion
In conclusion, there are a number of important cities in Mexico that are located at altitudes of more than 2,000 m. In addition, many nonurban areas in Mexico are more than 3,000 m above sea level. People who travel to these places may experience acute mountain sickness. Long-term residence at moderate or high altitudes may be associated with significant hypoxemia in patients with chronic lung disease or OSA. 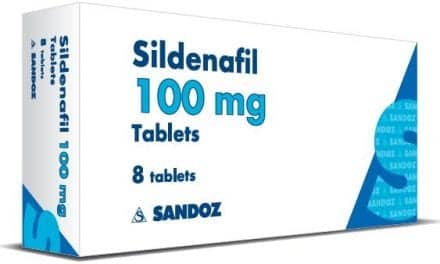