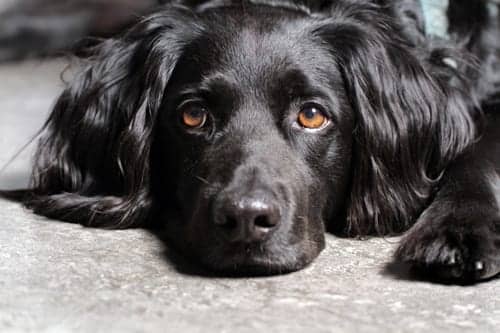 A rare, severe form of pulmonary hypertension, which up until now, has only been classified as a human lung disease, has also been discovered in dogs according to a Michigan State University study published in the journal Veterinary Pathology.

“Our research is the first to document the existence of pulmonary veno-occlusive disease, or PVOD, in dogs,” said Kurt Williams, the lead author of the study and an expert in respiratory pathology in MSU’s College of Veterinary Medicine. “PVOD is considered one of the most severe forms of pulmonary hypertension.”

The number of pulmonary hypertension, or PH, cases reported in the United States is low, affecting 15 to 50 people per million each year. PVOD is diagnosed in only about 10% of PH cases where no other cause of the disease has been determined. Unfortunately, there are very few effective treatment options for PVOD and a lung transplant often becomes the best choice.

“PVOD might be more common in dogs than in people, but this has yet to be determined and needs to be looked at further,” Williams said.

Pulmonary hypertension develops because of abnormal blood vessels in the lungs, which makes it harder for the heart to push blood through and provide oxygen to the rest of the body. In cases of PVOD, the small veins in the lungs become blocked, increasing pressure in these blood vessels, and ultimately causing heart failure.

“The same process happens in canines,” Williams said. “These dogs also come in with similar symptoms as humans, yet because subtle changes in health may not be recognized as quickly in dogs, death can occur quickly once the animal is seen by a veterinarian.”

Symptoms include cough, increased rate of breathing, respiratory distress, loss of appetite and chronic fatigue. Fatal progression of the disease in humans can last up to two years.

“PVOD is a poorly understood disease not just because it’s so rare, but also because there’ve been no other animals known to have the disease,” Williams said. “Our finding changes things.”

Williams said that the discovery could be important for human medicine because the canine disease may serve as a model for human PVOD.

“It’s cases like this that help to remind us how important veterinary medicine is to medicine in general,” he said. “Our colleagues in the human medical community are becoming much more aware of the many diseases shared by our respective patients and how together we can learn from each other.”