According to an article by Slate, a Tesla Model X successfully self-piloted itself to a Missouri hospital after its 37-year-old owner suffered a pulmonary embolism.

The driver, Joshua Nealy, had switched on the Tesla’s “autopilot” feature on a freeway near Springfield, Missouri when he experienced abdominal and chest pains. During a call with his wife the pain grew worse — like “a steel pole through my chest,” he told Slate — and he agreed to go to the hospital, after which he said he did not remember much else.

He arrived at the hospital safely and credits the Tesla’s self-driving technology. From the Slate article:

Doctors in Branson told Neally later that he’d suffered a pulmonary embolism, a potentially fatal obstruction of a blood vessel in his lungs. They told him he was lucky to have survived. If you ask Neally, however, he’ll tell you he was lucky to be driving a Tesla. As he writhed in the driver’s seat, the vehicle’s software negotiated 20-plus highway miles to a hospital just off an exit ramp. He manually steered it into the parking lot and checked himself into the emergency room, where he was promptly treated. By night’s end he had recovered enough to go home.

Read the full article at Slate.com 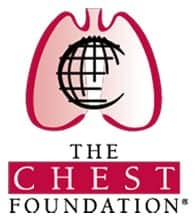