Prophylactic Heparin May Not Prevent VTE 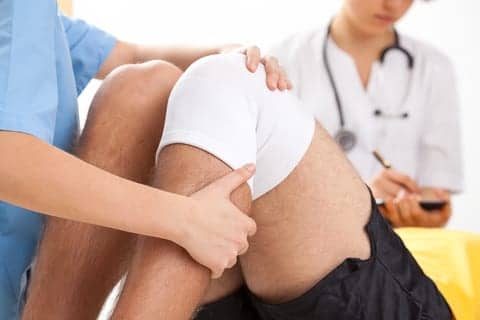 Giving patients heparin before arthroscopic knee surgery or casting was not associated with lowered incidence of venous thromboembolism (VTE,) according to a Dutch study.

The POT-KAST study cohort was randomized to low-molecular weight heparin (nadroparin [Fraxiparine] or dalteparin [Fragmin] once daily for 8 days after knee surgery) or no anticoagulant. The non-blinded trial was conducted at 10 centers in the Netherlands and included 1,543 patients who underwent knee arthroscopy from 2012 to 2016.

On intention-to-treat analysis, symptomatic venous thromboembolism — either deep-vein thrombosis or pulmonary embolism — occurred in 0.7% of the heparin group, a similar figure to the 0.4% rate observed among the controls (RR 1.6, 95% CI 0.4-6.8), Suzanne C. Cannegieter, MD, PhD, of Leiden University Medical Center in the Netherlands, and colleagues reported online in the New England Journal of Medicine.

POT-CAST, a parallel study by Cannegieter’s group, also found that nadroparin and dalteparin failed to lower venous thromboembolism rates — this time among those who got a lower-leg cast.