A new study, published in the journal Lung Cancer, finds that a gene linked to emphysema also can be a factor for developing lung cancer unrelated to cigarette smoking. Smoking was the only known risk factor previously associated with both diseases.

In the study, mice bred to have the human gene pleiomorphic adenoma gene-like 2 (PLAGL2) all developed emphysema, and by gender also developed lung cancer at rates as high as one in every six rodents. Although the new study showed PLAGL2 as a contributing factor in emphysema and lung cancer development, the diseases form in opposite ways. Emphysema arises from cell death or injury, while lung cancer involves uncontrolled cell growth.

“We think this gene induces emphysema by causing stem cells in the lung to die,” said Jonathan Weissler, senior author and vice chairman of the department of medicine and chief of medicine at UT Southwestern University Hospital. “The cells that don’t die through apoptosis would be more likely to have uncontrolled growth” and become cancerous, suggesting a genetic link between the diseases.

The gene is a known driver of several types of cancer. The degree to which PLAGL2 turns on, or is expressed, plays a role in cancer development. Previous research has demonstrated that female lung cancer patients with higher levels of gene expression had much poorer survival rates.

Increased PLAGL2 expression also aggravates emphysema. In 2009, Weissler and his colleagues found that high expression of this gene led to enlarged airways (alveoli) in mice. Female mice in particular were more prone to develop emphysema.

The new study revealed higher incidence of lung cancer in male mice. Of two PLAGL2 mice groups tested, lung cancer developed in 12.5% and 18.5% of male mice. The rate for female mice was zero and 3.7%.

In human cases, the association between these two diseases also is stronger in men. 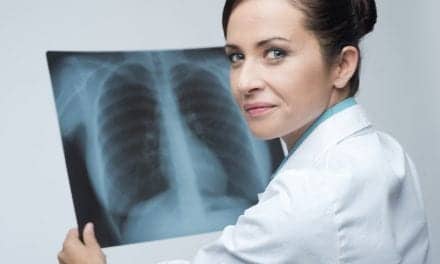