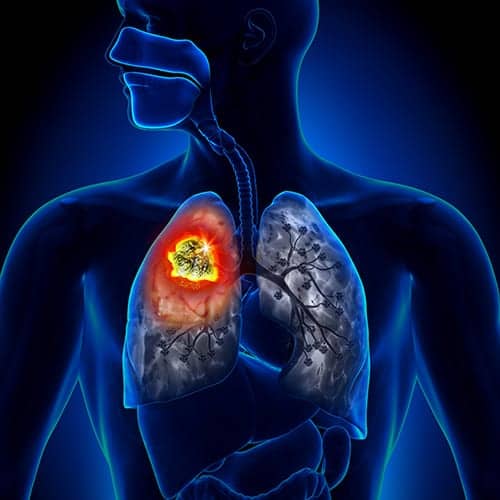 Epiregulin, an EGF-like growth factor, is a new biomarker and target identified for lung cancer by researchers at the University of Colorado Cancer Center.

The overabundance of growth factors has been implicated in the development and spread of many cancers, most famously the up-regulation of EGF and EGFR receptors in lung cancer, which is now successfully targeted by anti-EGFR therapies including erlotinib and gefitinib. A University of Colorado Cancer Center study recently published in the journal Molecular Carcinogenesis points to a new, related target, namely epiregulin, an under-studied EGF-like growth factor.

“A couple years ago, we identified epiregulin, or Ereg, as a potential biomarker during transcriptomic studies using two separate mouse models of lung cancer,” says Alison Bauer, PhD, investigator at the CU Cancer Center and assistant professor at the Colorado School of Public Health.

The next question was whether this upregulation was happenstance, correlative, or in fact causative in the disease. To find the answer, Bauer and colleagues examined the effects of Ereg deletion in mouse models of the disease. Specifically, the group initiated the development of lung cancer in wildtype mice and also mice that lacked the ability to produce Ereg and then watched a variety of endpoints that mark the development of the disease.

“This is in line with what you would expect from a functional growth factor,” Bauer says. “It appears as if Ereg increases cell proliferation, with increased levels of Ereg in cancer cells promoting the growth and proliferation of tumors.”