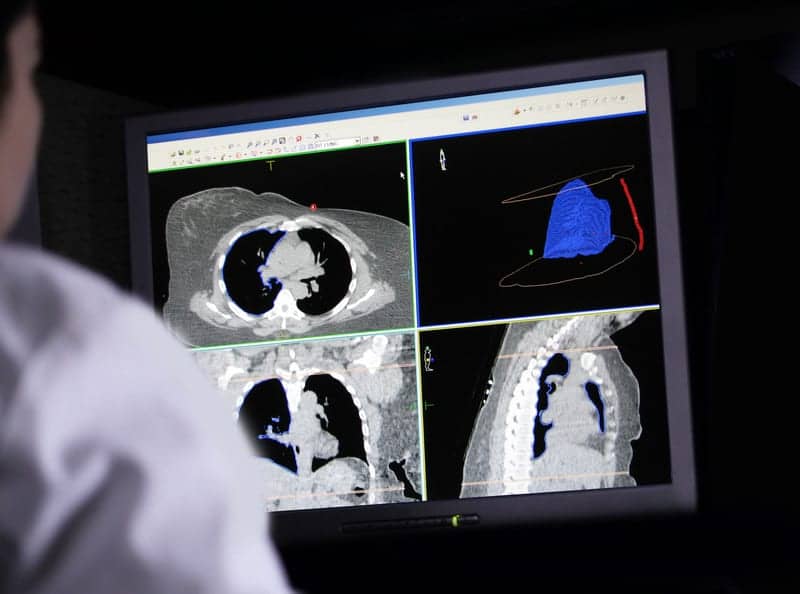 A risk-based model for CT screening for lung cancer was estimated to be linked to a greater number of lung cancer deaths prevented over 5 years.

Under USPSTF recommendations, validated statistical models estimated that 9 million people who ever smoked would qualify for lung cancer screening, and 46,488 lung cancer deaths were estimated as screen-avertable over 5 years. The estimated number of people needed to be screened to prevent one lung cancer death was 194 (95% CI 187-201), reported Hormuzd Katki, PhD, of the National Cancer Institute in Bethesda, Md, and colleagues.

In contrast, risk-based selection screening of the same number of ever-smokers (ages 50-80) at highest 5-year lung cancer risk was estimated to avert 55,717 deaths — or 20% more deaths — and was estimated to reduce the estimated number needed to screen to 162 (95% CI 157-166) or by 17%, they reported at the American Thoracic Society annual meeting.

“Although CT screening can reduce lung cancer mortality by approximately 20%, the majority of lung cancer deaths are not screen-preventable at this time,” the group wrote in the Journal of the American Medical Association, where the results were simultaneously published. “The best way for smokers to avoid lung cancer, and all smoking-related illness, remains to quit smoking as early as possible.”

The authors developed and validated empirical risk models, and applied them to data on ever-smokers from the Prostate, Lung, Colorectal, and Ovarian Cancer Screening Trial (PLCO 1993-2009) control group. Model validation was achieved in the chest radiography groups of PLCO and the National Lung Screening Trial (NLST 2002-2009), with additional validation of the death model in the National Health Interview Survey (NHIS 1997-2001), the authors explained.