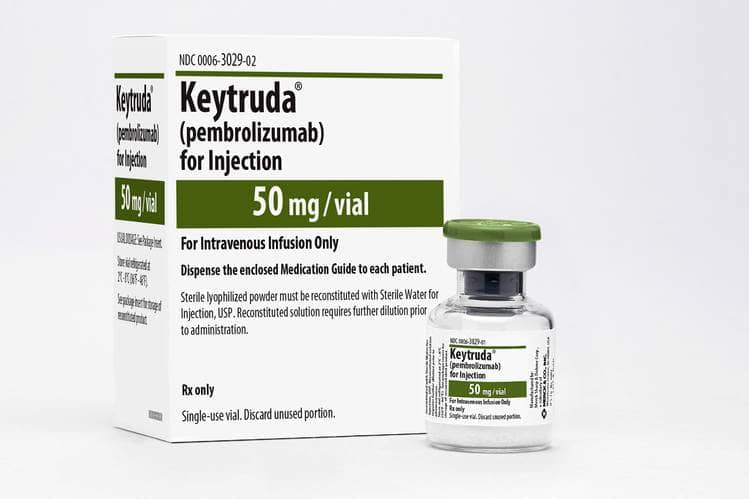 New data from an investigation showed that pembrolizumab (Keytruda) treatment was associated with longer overall survival when compared to docetaxel in patients with non-small-cell lung cancer.

A total of 1,034 patients with NSCLC, who experienced disease progression after platinum-containing systemic therapy and whose tumors had PD-L1 (programmed death ligand-1) expression tumor proportion scores (TPS) of equal or more than 1%, took part in the study. The trial endpoints were evaluated in patients whose tumors were strongly PD-L1 positive (defined as TPS of equal or more than 50%), and in all patients who were PD-L1 positive.

A topline investigation demonstrated that pembrolizumab treatment was associated with longer overall survival (OS) in comparison to treatment with docetaxel. These results were observed in both drug doses, which revealed comparable efficacy. These results were also observed in both the first group of analyzed patients (TPS equal or great than 50%), and for all the patients enrolled in the trial ( TPS equal or greater than 1%).

Pembrolizumab treatment (at both the investigated doses) was also found to provide superior progression-free survival (PFS) compared to that reached after treatment with docetaxel in advanced NSCLC patients whose tumors had TPS scores equal or greater than 50%. For PFS, treatment with pembrolizumab was numerically but not statistically greater to docetaxel in the all-PD-L1 positive patients group (at both study doses). The safety profile of the drug was coherent with the safety profile reported in previous trials in NSCLC patients.