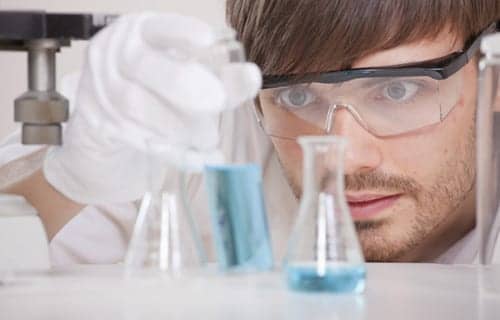 Researchers at Penn Medicine have discovered that the tumor suppressor gene folliculin (FLCN) is essential to normal lung function in patients with Birt-Hogg-Dube syndrome (BHD), a genetic disorder that affects the lungs, skin, and kidneys.

According to the research findings, which were published in Cell Reports, FLCN’s absence or mutated state has a cascading effect that leads to deteriorated lung integrity and an impairment of lung function.

“We discovered that without normal FLCN, the alveolar epithelial cells (AEC) in these patients’ lungs began to die, leading to holes in the lungs that grow as increasing numbers of cells disappear. These holes can fill with air and burst, causing the lungs to collapse,” says Vera Krymskaya, PhD, MBA, associate professor of Medicine at the Perelman School of Medicine at the University of Pennsylvania, and researcher in the Airway Biology Initiative of the department of Pulmonary, Allergy and Critical Care.

Between 80% and 100% of patients with BHD will develop multiple holes or cysts in the lung.

Healthy human alveoli, the terminal ends of the respiratory tree, are lined with type I and type II alveolar epithelial cells (AECs), a renewable population of progenitors in these distal airspaces. AECs are known to maintain pulmonary alveolar homeostasis by regulating gas exchange and fluid transport in the lungs.

Previous studies have shown that there might be some crosstalk between FLCN and the master energy sensor AMP-activated protein kinase (AMPK). AMPK maintains epithelial cell-to-cell interactions and is essential for epithelial cell survival. It is regulated through LKB1, a tumor suppressor gene associated with 30% of lung cancers. E-cadherin, the “zipper” molecule that connects epithelial cells, directs LKB1 to cell junctions and its loss impairs LKB1-mediated AMPK activation. This implies that a loss of or mutation in FLCN can trigger a reaction that can impair AMPK activation, epithelial cell-to-cell interaction and structure, and as a result, promotes cell death.

According to the study, the Penn researchers set out to examine this hypothesis to determine how and why this occurs.

Krymskaya and her team tested both deleted FLCN in mouse lung type II alveolar epithelial cells and mutated FLCN that lacked normal function in both humans with BHD and mouse epithelial cell systems, and compared them with normal human and mouse control cells.

Next, to evaluate the role of FLCN in the lung, the team isolated the alveolar epithelial cells from the mice with FLCN and deleted the gene in vitro to show the decreased cell-to-cell interactions and increased cellular permeability. They also examined activity of AMPK in these cells and saw that cells were dying without FLCN, so there was not proper activation of AMPK.

FLCN-deficient mice were also given a doxycycline supplement to conditionally delete FLCN specifically in alveolar epithelial type II cells both during embryonic development and as adults. Newborns experienced developmental changes induced by FLCN deletion in the lung epithelium. Over time, these morphed into changes that resembled emphysema, such as alveolar enlargement and a decline in lung elasticity and pulmonary function.

The Penn researchers say they are the first to demonstrate the mechanism by which FLCN begins the domino effect necessary for normal lung function. Examination of cells with FLCN mutations shows that FLCN downregulates E-cadherin and LKB1, which controls AMPK activity. FLCN also maintains alveolar surface tension preventing the lungs from collapse, as seen in BHD disease. Without this, the lung changes associated with BHD and other common and rare lung diseases begin to appear: the abnormal enlargement of airspaces among them.

“AMPK is the metabolic regulator of the alveolar epithelial cells,” Krymskaya says. “We may be able to reverse cell death if we can find a way to activate AMPK therapeutically in patients with less than optimal or mutated FLCN.”