New research suggests a key immune cell may play a role in lung cancer susceptibility. Working in mice, researchers at Washington University School of Medicine in St. Louis found evidence that the genetic diversity in natural killer cells, which typically seek out and destroy tumor cells, contributes to whether or not the animals develop lung cancer.

The research is published in Cancer Research.

"Overall, humans are genetically very similar but their immune systems are incredibly diverse," explains Alexander Krupnick, MD, senior author of the study and a thoracic surgeon at the Siteman Cancer Center at Barnes-Jewish Hospital and Washington University School of Medicine. "Our findings add to the growing body of evidence suggesting that innate differences in immunity may determine not only a person’s susceptibility to colds but also to lung cancer."

For the mouse study, the scientists evaluated three groups of mice with varying susceptibilities to lung tumors. After the mice were exposed to a carcinogen that causes lung cancer, one group readily developed the disease while another showed little evidence of the tumors. A third group experienced moderate tumor growth.

When the researchers depleted natural killers cells from the mice using an antibody, those that had been resistant to lung cancer developed large, aggressive tumors.

Further, in mice susceptible to lung cancer, the scientists showed that manipulating the immune system with a bone marrow transplant could significantly block the development of lung cancer. Their studies indicate that natural killer cells, not other types of immune cells like T cells or inflammatory cells, are responsible for this phenomenon.

In other types of cancers, including those of the breast, colon, and prostate, T cells are capable of destroying tumor cells. But in lung cancer, scientists suspect that T cells become inactivated, which may give natural killer cells a more prominent role.

The researchers also traced the genetic diversity of the natural killer cells in the mice to a region of chromosome 6, which includes numerous genes that influence the effectiveness of these cells. 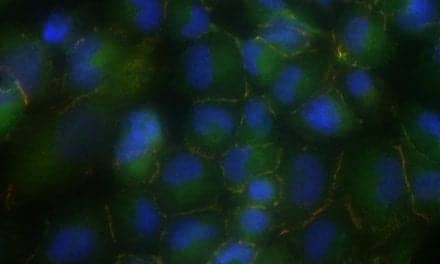