“This approach may allow surgeons to perform resections with confidence that the entire tumor burden has been eliminated. In the future, with improved devices and molecular contrast agents, this approach may reduce the local recurrence rate and improve intraoperative identification of metastatic cancer cells,” said Dr. Sunil Singhal, of the Department of Surgery at the University of Pennsylvania Perelman School of Medicine, in a press release.

In the study, published in the Journal of Thoracic and Cardiovascular Surgery, researchers recruited 50 patients between the ages of 25 and 85 diagnosed with adenocarcinoma. The patients were given a fluorescent targeted molecular contrast agent four hours before surgery. In 92 percent of cases, cancer cells visibly glowed for doctors during surgery.

Upon opening the chest cavity, researchers found that 14 percent of lung lesions could be seen glowing. The rest did the same after overlying tissue was opened and the tumor exposed. The glowing could be seen for anywhere from 5 to 15 minutes, allowing doctors to photograph tumors with specialized cameras before operating. 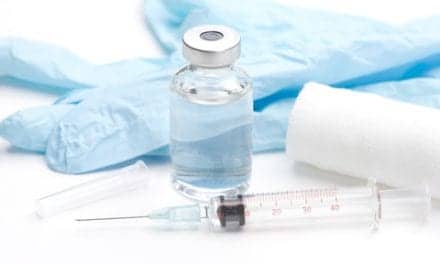