The protein is the product of a gene called Olig1, which previously has not been linked with lung cancer, and it is located in a chromosome region that is often lost in the tumor cells of many lung-cancer patients.

The study, led by researchers at the Ohio State University Comprehensive Cancer Center, is published in the March 27 issue of PLoS Medicine.

“We found that when the Olig1 protein is down-regulated or absent, the risk of death is significantly higher compared with patients who have normal levels of the protein,” says first-author Romulo M. Brena, a graduate research associate in molecular genetics and in molecular virology, immunology and medical genetics. “Even low levels of the protein were associated with better survival,” he says.

The findings might have important clinical significance, says coauthor Gregory Otterson, associate professor of internal medicine and a medical oncologist who specializes in lung cancer treatment. “This study identified a novel gene that had no known role in lung cancer development and that is silenced in a large number of patients,” says Otterson, also a researcher with the Ohio State University Comprehensive Cancer Center. “The absence of the protein may have important prognostic implications.”

An analysis of patient survival data indicated that patients with little or no Olig1 in their tumor cells had about a 15% decrease in survival. The researchers are now trying to learn the role of the Olig1 gene and protein in lung cells and how their loss may contribute to cancer development. 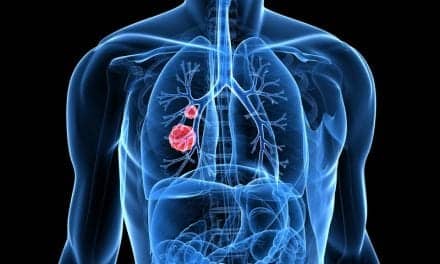