American researchers have found that an inexpensive and rapid testing method can effectively identify a subgroup of never-smoking lung cancer patients whose tumors express a molecule associated with increased risk of disease progression or recurrence. Their findings were presented at the [removed]European Multidisciplinary Conference in Thoracic Oncology[/removed] in Lugano, Switzerland, last week.

Approximately 8% to 12% of patients with lung adenocarcinoma who have never smoked cigarettes carry tumors that express a protein product called anaplastic lymphoma kinase (ALK). Ping Yang, MD, from the Mayo Clinic, one of the researchers, reported “This subset of patients are at more than double the risk of experiencing disease progression or recurrence within five years of initial diagnosis compared to never-smokers whose lung adenocarcinoma tumors are ALK-negative.”

The ability to test for ALK status in these patients may help doctors select the most appropriate therapies for maximum clinical benefit, according to Yang. The study aimed to see whether immunohistochemistry (IHC) screening, followed by a confirmatory test using fluorescence in situ hybridization (FISH), is a practical way to do this.

Based on these findings, only samples that were scored with the intermediate IHC scores of 1+ and 2+ would need confirmatory testing with FISH.

Immunohistochemistry is routinely performed in pathology labs and is a relatively inexpensive and rapid test method.

“Because it is already performed in most pathology labs, testing can be done on-site versus sending a sample to another diagnostic site,” said Yang. “Thus, IHC may be a good initial screening tool for ALK status.”

Overall, the researchers found that 8.2% to 12.2% of this never-smoking group with lung adenocarcinoma had tumors that expressed ALK. The ALK positive tumors were significantly more aggressive as measured by tumor grade of differentiation and stage, and were diagnosed in younger patients. The researchers point out, however, that there are no guidelines or standard protocols for ALK testing by IHC at the present time. 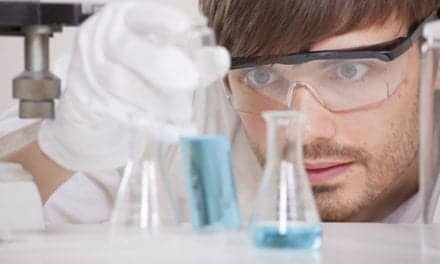