Misregulation of two genes — Sox2 and Lkb1 — drives squamous cell lung cancer in mice, according to Huntsman Cancer Institute investigators who published research in Cell Reports. The discovery uncovers new treatment strategies, and provides a clinically relevant mouse model in which to test them.

“This is the most exciting thing we’ve done,” said senior author Trudy Oliver, PhD, an assistant professor of oncological sciences at the University of Utah and Huntsman Cancer Institute investigator. “Now that we have a model it unleashes so many questions we can ask to gain a better understanding of the disease.”

Oliver’s team honed in on drivers of squamous cell carcinoma (SCC) of the lung by poring through documented gene abnormalities found in human SCCs. Sox2 was designated a prime candidate based on its over-expression in 60-90% of SCCs, and a frequent early appearance during tumor formation, suggesting it could be an initiator of cancer. Tumor suppressor genes were also candidates, including Lkb1, which is mutated in 5-19% of SCCs. 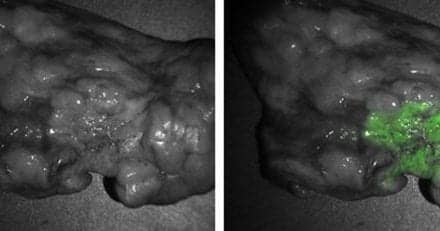 Some Lung Cancer Patients Benefit From Immunotherapy Even After Disease Progression