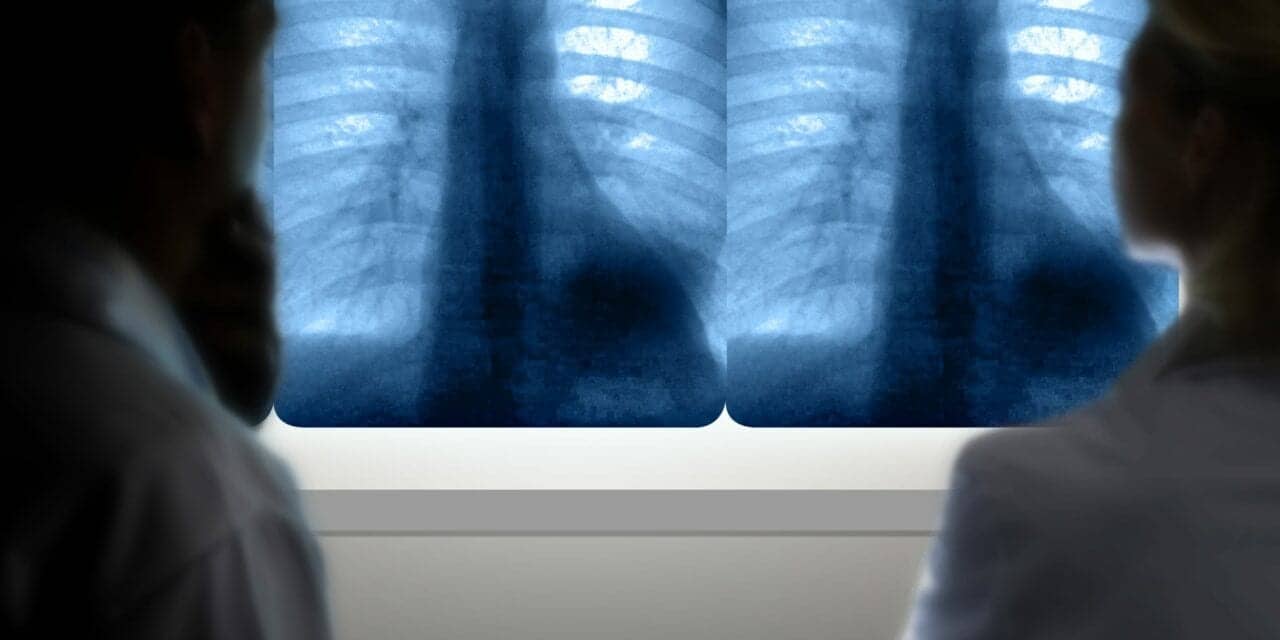 The results of a large study of patients who received a form of immunotherapy for non-small cell lung cancer (NSCLC) revealed that patients may get more than one immune-related side effect, and identified a correlation between these multisystem immune-related adverse events (irAEs) and improved patient survival.

The findings were published online Oct. 29 in the journal JAMA Oncology. The study showed that patients who developed two irAEs did better, in terms of delaying the time to cancer progression and overall survival, than those who developed only one irAE. According to the researchers, this new information will be helpful in discussing with patients the spectrum of immune side effects that may occur from immunotherapy and the implications for their survival.

Patients diagnosed with stage III/IV NSCLC and treated with anti-PD-1/anti-PD-L1 immune checkpoint inhibitors (alone or in combination with other treatments) between January 2007 and January 2019 were included in the study. Of the 623 participants, 148 (24%) developed a single irAE. The most common four irAEs were inflammation of either the lungs, thyroid, liver or skin (pneumonitis, thyroiditis, hepatitis and dermatitis, respectively). Fifty-eight patients (9.3%) sequentially developed two single-organ irAEs, dubbed “multisystem irAEs.” Patients with higher health scores — in the best overall health — who were treated with immune checkpoint inhibitors tended to be treated for a longer period of time, and were more likely to develop multisystem irAEs.

“While it makes sense that people who are fitter may be treated longer and have a higher risk of irAEs, this study accounted for treatment duration, and the association between irAEs and survival remains statistically robust,” says Jarushka Naidoo, MBBCh, an adjunct professor at the Johns Hopkins Kimmel Cancer Center and a Bloomberg~Kimmel Institute for Cancer Immunotherapy investigator. Naidoo was an assistant professor of oncology at the time of the study.

The higher risk seems to come with a benefit, as patients showed incrementally improved survival outcomes based on the number of irAEs they developed. Those with no irAEs lived a median of 8.7 months after diagnosis versus 12.3 months and 21.8 months for those with one or two irAEs, respectively. A similar trend was seen in patients’ progression-free survival (PFS) time, which is the time from diagnosis until tumor growth as seen on a CT scan. The median PFS for those with no irAEs was 2.8 months versus 5.1 months and 10.9 months for those with one and two irAEs, respectively.

Immune checkpoint inhibitors generally have fewer side effects than standard chemotherapeutic drugs, but a subset of patients develop irAEs, which can be complicated and difficult to manage, the researchers report. Since immune checkpoint inhibitors work by temporarily releasing the brakes on the immune system, this heightened immune response can sometimes cause an attack on healthy organs and tissue.

“IrAEs are tricky because they are characteristically unpredictable. They can develop within days — but also after many years of treatment, so patients and oncologists have to always be on the lookout for symptoms,” says Naidoo. They usually respond well to steroids, but can occasionally become chronic and even be fatal, she says. “At the Kimmel Cancer Center, we started noticing that some patients developed multiple irAEs, so I thought we might learn something helpful by characterizing them, seeing what patterns might exist and the implications on survival,” she says.

Hospital Admissions for Lung Cancer Remain Steady, Despite a Decline in Diagnosis