Adding selumetinib to [removed]docetaxel[/removed] therapy may add years to the lives of those with KRAS-mutant non-small-cell lung cancer (NSCLC), according to new findings in The Lancet Oncology.

While using the two drugs together has “promising efficacy,” researchers note it is accompanied by a “higher number of adverse events than with docetaxel alone, in previously treated advanced KRAS-mutant NSCLC.” They suggest further clinical investigation.

In the study, the median overall survival of the 44 patients who received selumetinib and docetaxel was significantly higher (9.4 months) than that of patients receiving placebo and docetaxel (5.2 months), giving a hazard ratio (HR) for mortality of 0.80.

Including selumetinib in the treatment was associated with a significantly greater number of grade 3 or higher adverse events; these were seen in 82% of treated patients compared with 67% of patients who received a placebo in combination with docetaxel. 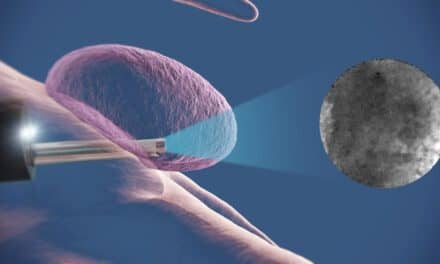