Drinking green tea could alter the effect of smoking on lung cancer, according to results of a hospital-based, randomized study conducted in Taiwan.

"Lung cancer is the leading cause of all cancer deaths in Taiwan," said I-Hsin Lin, MS, a student at Chung Shan Medical University in Taiwan. "Tea, particularly green tea, has received a great deal of attention because tea polyphenols are strong antioxidants, and tea preparations have shown inhibitory activity against tumorigenesis."

Results of Lin’s study were presented at the AACR-IASLC Joint Conference on Molecular Origins of Lung Cancer.

According to Lin, previous studies of green tea have been inhibited by the flaws of the epidemiologic model with its inherent biases.

The study included 170 patients with lung cancer and 340 healthy patients as controls. The researchers administered questionnaires to obtain demographic characteristics, cigarette smoking habits, green tea consumption, dietary intake of fruits and vegetables, cooking practices and family history of lung cancer. They also performed genotyping on insulin-like growth factors as polymorphisms on the following insulin-like growth factors: IGF1, IGF2 and IGFBP3, which have all been reported to be associated with cancer risk.

"Our study may represent a clue that in the case of lung cancer, smoking-induced carcinogenesis could be modulated by green tea consumption and the growth factor environment," said Lin. 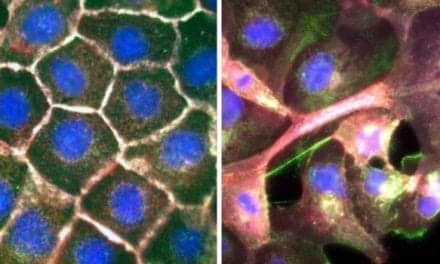