Lung Cancer Drug Offers 11th-hour Hope
Lung cancer patients who fail to respond to two or more types of chemotherapy may now benefit from a last-resort medication approved by the Food and Drug Administration (FDA) in May.

Taken in tablet form once per day, Iressa (gefitinib) acts as a single-agent treatment for patients with advanced non-small-cell lung cancer (NSCLC), the most common form of lung cancer in the United States, according to the FDA. The FDA based its approval on the results of a study that showed Iressa—manufactured by AstraZeneca Pharmaceuticals LP, Wilmington, Del—shrinks tumors in about 10% of patients with lung cancer who have already received platinum-based and docetaxel chemotherapy. The results showed no benefit from adding the drug to standard, platinum-based chemotherapy. Therefore, the FDA does not indicate Iressa for use in that setting.

Researchers do not fully understand how Iressa works. However, they do know that it blocks several tyrosine kinases—enzymes that mediate growth stimulatory signals in cancer cells—including the one associated with the epidermal growth factor receptor (EGFR).

Ronald Natale, MD, principal investigator on the Iressa clinical trial at Cedars-Sinai Medical Center, Los Angeles, was surprised Iressa did not work in a higher percentage of lung cancer patients. He attributed that in part to the complexity of the EGFR signal transduction pathway.

“The signal to the nucleus of the cancer cell can go through multiple signal transduction pathways, and I think Iressa—because it’s such a focused, targeted agent—only affects some of those downstream pathways,” says Natale, who is also the acting medical director at Cedars-Sinai Comprehensive Cancer Center. “We think that combining Iressa with other molecules that target other locations within the signal transduction pathways has the potential to improve results significantly.”

Iressa was reviewed and approved under an FDA program intended to allow patients suffering from serious or life-threatening diseases earlier access to promising new drugs. As required by the program’s regulations, Iressa’s developer will perform additional studies to verify the drug’s clinical benefit.

“FDA believes it is crucial for cancer patients to have many safe and effective treatment options available to them in their battle against this disease” says FDA Commissioner Mark B. McClellan, MD, PhD. “With the approval of Iressa, thousands of patients with lung cancer will now have access to an additional treatment after others haven’t worked to stop the progression of their disease.”

Datex-Ohmeda, Aerogen Team Up
Due to a recent supply agreement, Mountain View, Calif-based Aerogen Inc will provide Datex-Ohmeda, Louisville, Colo, a division of Instrumentarium, with a modified Aeroneb Professional Nebulizer System for integration into future critical care products. The nebulizer system incorporates Aerogen’s OnQ™ aerosol generator. According to the companies, the arrangement will improve the efficiency of drug delivery and critical care equipment. 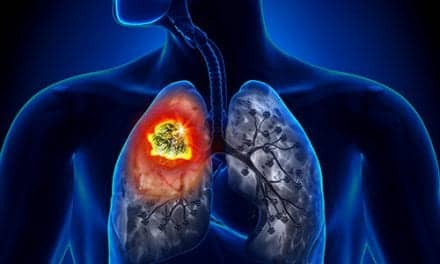