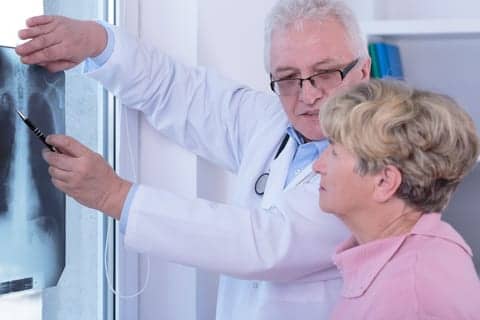 A new study conducted by researchers in the United States reveals that a number of lung cancer survivors are at an increased risk of developing another lung cancer or having their cancer return following the completion of treatment.

The study specifically looked at lung cancer survivors from three different institutions who had shown no further evidence of having the disease after completing the required treatment for lung cancer, according to a news release from the American Thoracic Society (ATS).

The 192 lung cancer survivors included in the study underwent surveillance with CT scans of their chest and autofluorescence bronchoscopy (AFB) for an average duration of about 8 and a half years. The researchers looked at information about significant risk factors to see if there was a connection between the patient and their cancer recurrence, including prior cancers, respiratory disease, smoking status, and asbestos exposure.

The research team found that 38% had developed recurrent or another lung cancer during this period, and additional research analyzed the significant factors for predicting lung cancer recurrence. According to the ATS news release, these factors included: having recurrence of another non-lung cancer; presence of a nodule on a CT scan of chest, regardless of its size or location; finding premalignant lesions called “metaplasia” on three AFB exams anywhere in central airway; and how long the patients had been smoking.

Samjot Dhillon, MD, lead author of the study, says, “We looked closely at risk factors that may help in predicting cancer recurrence in lung cancer survivors. What we learned is that patients with a history of lung cancer should have close long-term surveillance so their doctor can detect early on if the cancer is recurring or if there is another cancer developing.”

The ATS news release notes that for every additional pack a patient smoked per year, it increased the risk of having lung cancer again by 1%. Dhillon states, “Along with close medical surveillance for lung cancer recurrence, it is also important for patients to stop smoking as soon as possible since this is a known risk. Every additional pack per year of smoking is associated with further increased risk of cancer recurrence.”

This study demonstrates that lung cancer survivors need to be monitored closely by their doctors to detect if their lung cancer is recurring or if another is developing, according to ATS.