The CDC has relaunched its national anti-smoking advertising campaign, “Tips From Former Smokers,” which features stories of former smokers living with smoking-related diseases and disabilities.

The ads are funded by the Affordable Care Act’s Prevention and Public Health Fund, and will run for at least 12 weeks on television, radio, and billboards, online, and in theaters, magazines, and newspapers nationwide, according to the CDC.

“This campaign is saving lives and saving dollars by giving people the facts about smoking in an easy-to-understand way that encourages quitting,” Health and Human Services secretary Kathleen Sebelius said in a CDC press release. “This campaign is effective. The increase in calls to quitlines after last year’s campaign shows that more people are trying to quit smoking as a result of these ads.”

For the first time, the CDC ad campaign has included the impact of chronic obstructive pulmonary disorder (COPD), according to the COPD Foundation.

One 30-second ad features a former smoker named “Michael” who began smoking at age 9 and continued until age 52, despite being diagnosed with COPD at age 44, according to the CDC’s website. Michael has had part of his lungs removed and now requires a lung transplant, the ad reports.

“The influence of the CDC ads, showing people living with the very real and painful consequences from smoking, will have a far-reaching impact and fuel our efforts to build public awareness, involve community leaders, and expand our out-reach to state officials and employers,” John W. Walsh, president and co-founder of the COPD Foundation, said on the foundation’s website. “There is good evidence that supports the use of hard-hitting images and messages to encourage smokers to quit, to keep children from ever beginning to smoke, and to drastically reduce the harm caused by tobacco.” 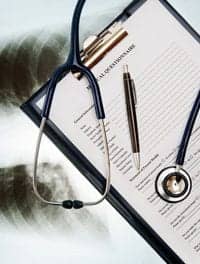 Avoiding Readmissions Due to AECOPD: Part One