The Limits of CPAP in Alzheimer’s Patients


Obstructive sleep apnea (OSA) disturbs the sleep of millions of Americans, and patients with Alzheimer’s disease are not immune to its prevalence or effects. While continuous positive airway pressure (CPAP) has proven to be an effective treatment for OSA, new research indicates that it may improve the cognitive abilities of dementia patients as well. But experts caution that CPAP is by no means a cure for Alzheimer’s, and that the therapy will not be helpful for every Alzheimer’s patient.

The Relationship Between OSA and Alzheimer’s

Sonya Ancoli-Israel, PhD, professor of psychiatry at the University of California, San Diego (UCSD), and the research director of the UCSD Sleep Medicine Center, has been studying sleep in Alzheimer’s patients for many years.

While OSA is known to be common in adult populations, Ancoli-Israel’s research estimates that half of the older adults with Alzheimer’s in nursing homes may have OSA. Her research shows that if clinicians use an apnea-hypopnea index (AHI) of 5 as a cutoff, 90% of the dementia patients in the nursing home meet the criteria for having OSA. (Within the same group, their mean AHI was 32.) Furthermore, if an AHI of 15 is used as a cutoff, 63% of nursing home dementia patients still meet the criteria of having OSA. Finally, using an AHI cutoff of 20, 50% of the subjects in the study qualify for being diagnosed with OSA.1

Ancoli-Israel says that many Alzheimer’s patients already have very poor sleep patterns unrelated to OSA. The effects of poor sleep can cause patients to wander during the night, be unable to lie still, yell in the middle of the night, or generally disrupt their caregivers. In addition, OSA may exacerbate other metabolic diseases, such as heart disease, hypertension, and type-2 diabetes.

Can CPAP Be Used with Alzheimer’s Patients? Yes—with Limits

Seeing the prevalence of OSA in older adults led Ancoli-Israel to her most recent study, which is currently under review for publication.

This time, instead of studying Alzheimer’s patients with OSA in a nursing home, Ancoli-Israel and colleagues went into the community looking for patients with mild to moderate Alzheimer’s and OSA, but living at home with a caregiver.

The questions they hoped to answer in the study were:

To answer these questions, Ancoli-Israel designed the study with half the patients being randomized for receiving true therapeutic CPAP, and the other half being randomized to receive sham CPAP.

Patients were initially home tested for sleep-disordered breathing, but then later came into the university’s sleep laboratory for titration studies. Patients were able to actually sleep in a sleep laboratory, but it should be noted that these patients had only mild to moderate cognitive dysfunction.

In addition, patients included in the study had simple OSA and used a basic CPAP device. No advanced features, such as auto-titration or pressure relief, were used.

The sham CPAP was essentially a CPAP machine that had holes in the mask, making the actual pressure equal to 0; but patients still heard the noise of the flow generator and a gentle stream of air blowing on their nose and mouth. The study was designed so that the placebo group used the sham CPAP for 3 weeks and then switched to true CPAP for an additional 3 weeks, for a total of 6 weeks. Meanwhile, the true CPAP group used their CPAP for the entire 6-week study period.

The results of Ancoli-Israel’s work were published in four papers in 2006.1-4 First, she found that mild to moderate Alzheimer’s patients using true CPAP could indeed tolerate the therapy. “In fact,” says Ancoli-Israel, “they were able to wear it for about 5 hours per night—which is not ideal. We’d rather have them wear it for 7 or 8 hours, but it’s actually not that different from the number of hours that many patients wear it.”3

Second, Ancoli-Israel and her colleagues found that the group using true CPAP essentially eliminated their sleep apnea. In the sham CPAP group, sleep apnea remained the same in the first 3 weeks, but when study participants switched to true CPAP in the last 3 weeks, once again, their apnea disappeared. The researchers also found significant improvement in reducing daytime sleepiness, as measured by the patients’ Epworth Sleepiness Scale (ESS).1 (With some patients, caregivers aided in answering the ESS questions accurately.)

That CPAP is an effective OSA therapy is not, by itself, big news. CPAP has long been proven to be effective in OSA when used correctly.

The more significant Alzheimer’s findings, currently being reviewed for publication, is that true CPAP appeared to somewhat improve cognitive functioning, as measured by a composite neuropsychological score.

Ancoli-Israel says, “I can’t say that we had improvement in any one [cognitive] area, but overall, we showed improvement. And again, with real CPAP, the improvement was in the first 3 weeks. With the sham CPAP, there was no improvement, but when [the patients] were switched to real CPAP, we saw improvement.”

Benefits, But CPAP Not a Cure for Alzheimer’s

Ancoli-Israel stresses that she is not suggesting that her results lead to a cure for Alzheimer’s. She believes that sleep apnea makes an Alzheimer’s patient’s cognitive function a little worse, and CPAP might help a patient’s mental state return to the baseline of where it would be if there were no effects from sleep apnea. However, she does not believe that CPAP is curing or reversing the Alzheimer’s disease itself.

Donald Bliwise, PhD, professor of neurology at Emory University School of Medicine, Atlanta, is familiar with Ancoli-Israel’s recent work and has utilized CPAP with Alzheimer’s patients. Although he agrees that CPAP can be effective in some Alzheimer’s patients with OSA, he is cautious about families immediately applying the therapy to every Alzheimer’s patient with OSA.

He says, “What you’re doing when you’re treating [with CPAP], in my opinion, is improving the quality of life for that person. You’re removing some of the excess disability perhaps, such as excessive somnolence during the day. So, you may be making them a little more alert and a little more functional.”

Bliwise points out that Alzheimer’s is a continuum of mental decline. Consequently, patients in the early stages will have fairly intact mental function, but eventually that function will decline to the point where they are incapable of taking care of themselves.

Bliwise does not discount that late stage Alzheimer’s patients may tolerate CPAP with the aid of a caregiver. However, with the patient’s cognitive ability being so low at that point, he suggests that family members ask themselves what they would hope to accomplish beyond perhaps improving the patient’s sleep.

Bliwise says, “If you take someone with a Mini Mental State Exam score of 1 or 2 [the lowest measure of mental cognition], the issue is what are you trying to affect there?”

Additionally, family members should keep in mind that Ancoli-Israel’s research suggests only that cognitive improvements can be made in patients with mild to moderate Alzheimer’s with diagnosed OSA. There is no evidence in her research to suggest that patients without diagnosed OSA will benefit from CPAP.

Ancoli-Israel says of her results, “What this might do, I hope, is to perhaps postpone institutionalization for many of these patients, which would be better for them, and save millions of dollars [in nursing home costs].”

Commitment from the Caregiver

Families must also consider that in order for CPAP therapy to be successful, patients will require the steadfast commitment of a caregiver. CPAP therapy is already challenging for patients without Alzheimer’s, let alone patients with mild to moderate Alzheimer’s who might not understand why a mask is being applied to their face before sleep.

Bliwise says, “The caregiver has to be on board 110%, not just supportive, but really invested in it, understanding how it works, why it works, and what you’re trying to achieve. If the caregiver thinks that the patient will go on CPAP for one night and the next morning be cured of their dementia, that’s obviously not going to lead to a well-apprised caregiver who’s going to continue use of the CPAP.”

In addition, Bliwise believes that caregivers need hands-on training with the CPAP machine and all its functions and maintenance.

He says, “Normally, I would have three appointments with the caregiver, with or without the patient, so they understand what’s involved: How the mask is applied, how you clean it. All the issues.”

For the initial sleep apnea testing, technologists in the sleep laboratory also need to take extra time and care when preparing an Alzheimer’s patient for a sleep study.

Bliwise says, “If they’ve never slept with a mask and they’re 85 years old, and you’re saying, ‘Now, you’re going to sleep with this thing on,’ the patient may be very docile and compliant and seem very pleasant. Then, all of a sudden, after the mask is applied and the technologist turns off the light, the patient removes the mask. So these are the kinds of things that may happen. A respiratory therapist or an RPSGT who has never worked with these kinds of patients could have their hands full.”

For RTs who come across Alzheimer’s patients and suspect they might have OSA, Ancoli-Israel sees no reason not to mention CPAP as an option.

She says, “The key is to not assume that because someone is older and someone is demented that they can’t be treated. That’s really the bottom line. I think if the therapist suspects sleep apnea, then they should mention to the family that CPAP is a possibility, that [OSA] is treatable, and that [CPAP] might actually help the patient in terms of their daytime functioning, and so it’s worth exploring.” 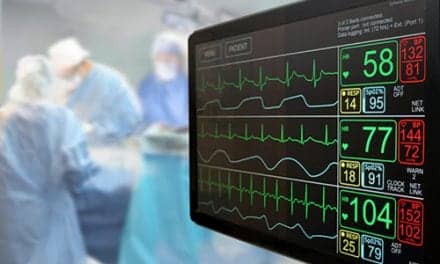