Use of the prone position is limited to adults with severely compromised respiratory status. A technique being explored with neonates and infants also can be used in cases of pneumonia, chronic lung disease, severe atelectasis and lung consolidation, and increased mucus production.

In a pediatric intensive care unit (PICU), patients require treatment using the most innovative, state-of-the-art techniques if they are to have the best possibility of survival. Caring for patients requiring ventilatory support as a result of respiratory failure has always been a challenge. These patients often are intubated via endotracheal tube initially; later, they may require tracheostomies.

Infants and children using mechanical ventilatory support are usually in high Fowler’s position in cribs (or beds, for larger patients). Patients requiring ventilatory support for a long period are usually kept in this semisitting position, leaning back at an angle of 45° to 60°. During the course of the day, nurses and RCPs place rolled blankets beneath the patient’s arms and shoulders in an attempt to elevate the right and left lung alternately (to increase the mobility of mucus and increase recruitment of atelectatic areas). The progress of recruitment of dysfunctional lung areas can be closely monitored using daily radiography or through auscultation.

Ventilator Use
Long-term ventilator users often acquire lung infections, which usually escalate to complicated pneumonias involving increased mucus production. This causes lung consolidation and decreases effective ventilation and oxygenation, resulting in hypercapnia and hypoxia. Mucus plugging can occur and can result in ventilation-perfusion mismatching or pneumothorax. In these cases, aggressive ventilatory support is required, usually for many days.

When infection is suspected, a sputum sample is obtained for testing. Based on the results of that sample, physicians may begin antibiotic therapy in an attempt to decrease the mucus production and rid the lungs of infection. RCPs and nurses then apply frequent suction and chest physiotherapy (CPT). Posterior percussion is required to assist in mobilizing mucus for extraction. It will also help to recruit atelectatic areas confirmed radiographically. CPT performed on patients in the high Fowler’s position, however, will also cause mucus to progress downward into the lower lobes, making it more difficult to extract the mucus and, perhaps, creating lung consolidation.

When a patient’s condition is critical or unstable, caregivers usually do not manipulate the patient frequently unless it is absolutely necessary. As a result, patients can remain in the high Fowler’s position for days, weeks, or even months. Manipulation by the staff is limited to diaper or bedding changes and positioning to decrease pressure points. When patients with pneumonia and chronic respiratory complications are in this position, the mucus is almost impossible to extract unless they are able to cough effectively. Those who cannot will have to endure saline instillation and suction, usually every hour (and sometimes more often). During the course of the day, many members of the staff will be applying suction, each delivering the amount of saline that he or she thinks that each patient will require for mucus to be extracted effectively. Almost always, the saline instilled is not completely retrieved, causing accumulation of fluid in the lower lobes. The ventilator pressure itself, in addition, is constantly pushing mucus further down into the lungs. If the patient does not have the ability to cough effectively, the mucus and saline accumulate, adding to the patient’s respiratory problems.

At this point, the chest radiograph will reveal lower-lobe atelectasis and lung consolidation. The respiratory staff then will assess the patient for possible body-position change. One option is using a flat bed and, while the patient is in a supine position, applying CPT. While the patient is using a ventilator, this technique should further the overall goal of opening up the closed lung areas. This will increase ventilation and oxygenation. Within our facility at Kaiser Permanente in Los Angeles, however, it has been observed that this technique is of very little assistance in extracting mucus. The mucus that is confirmed as present by auscultation is not completely removed. In addition, the supine position with anterior chest physiotherapy technique can be considered only if the staff considers the patient to be able to tolerate this therapy based on vital signs monitored and comfortability and tolerance. If the patient is not judged suitable for this treatment, the results as seen in our observation are more days of ventilatory support and compromised respiratory status. An alarming number of the patients succumb to deadly pneumonias.

Small Weight Advantage
In the PICU, the lower weights and smaller sizes of patients allow caregivers to manipulate them more easily than adult patients, if necessary. Anterior-posterior ventilation takes advantage of this ability. This technique involves placing the patient in a prone then supine position while connected to the ventilator. This has the advantages of recruiting atelectatic lung fields; increasing ventilation and oxygenation; allowing the posterior surfaces (cerebral, torsal, sacral, and pedal) to be relieved of pressure points by increasing circulation; increasing comfort for patients who otherwise would be in the high Fowler’s position for days; providing access to the posterior lung for CPT; facilitating increased extraction of mucus; promoting the effective administration of inhaled medications; decreasing accumulation of mucus and reducing lung consolidation, allowing posterior body access for massage therapy; and increasing the number of posterior-anterior radiographs ordered.

This technique usually is used by alternating 6-hour supine and prone periods, the advantages being that the turning effect prohibits the collection of mucus. It decreases lung consolidation and increases oxygenation and ventilation, utilizing areas of increased lung that otherwise would be unexpanded and compressed. Long-term body weight pressing downward limits the expansion of the lung effect to whichever side is up and not spherically. Also seen is the patient’s toleration of the Trendelenburg position, which facilitates extraction of mucus from lower lobed areas. Close monitoring for decreasing blood pressure, increasing heart rate, or an overall undesirable effect is required.

We have observed encouraging results since implementing this protocol in 2001. We have noted an immediate increase in the removal of thick, tenacious mucus and mucus plugs, as well as increased air exchange audible upon auscultation. Radiographs have revealed rapid clearing of infiltrates and opening of atelectatic lung fields. We also have noticed an overall increase in patient comfort, exhibited as decreases in agitation, heart rate, and effective breathing patterns. This, in turn, has allowed better titration of sedation. Arterial blood gases have reached normal levels sooner, and it has been possible to decrease levels of ventilatory support and supplemental oxygen more rapidly. This, in turn, supports more rapid weaning from mechanical ventilation, along with a return to normal respiratory status.

Team Detective Work
Acting as a team, physicians, nurses, and RCPs must determine which patients might benefit from this method of ventilation. Patient-selection criteria are straightforward: mechanical ventilation (initially aggressive) for many days, a high PCO2 with a low PO2, copious mucus that cannot be retrieved effectively, radiographs revealing atelectasis throughout the lung fields, and the need to increase patient comfort.

Contraindications have not been seen clinically, and the only limitations have been the need to modify bedding, rearrange intravenous lines, and initiate closer monitoring. The patient must be in an ICU setting, with the appropriate cardiac/respiratory monitoring in use. The ventilator circuit tubing can accommodate this position. Continued clinical observation and further study of this technique are necessary. Through experience and the accumulation of evidence, perhaps this technique will enter broader use throughout the medical community. 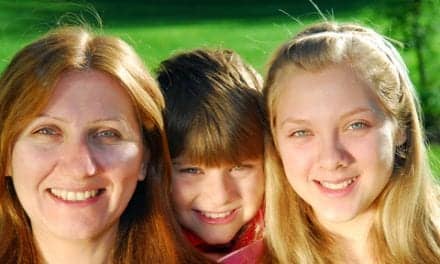