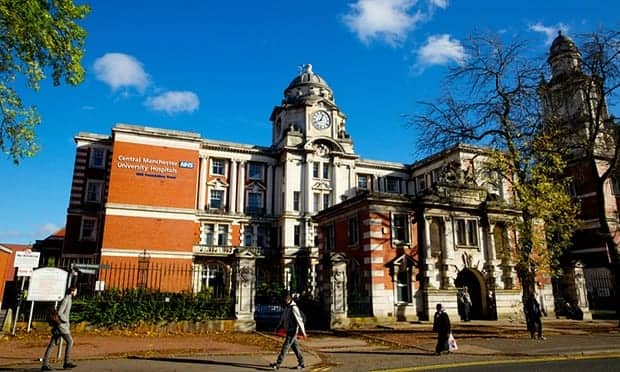 A report from The Guardian says the Manchester Royal Infirmary was recently closed after two patients were suspected of having MERS.

The accident and emergency department at Manchester’s main hospital was closed for more than two hours on Monday afternoon after two patients were suspected to be suffering from Middle Eastern respiratory virus syndrome (Mers), a deadly viral respiratory disease caught from camels.

An MRI spokesperson said test results were still pending and that one patient had been relocated to North Manchester general hospital.

“Manchester Royal Infirmary A&E is now open to the public,” the spokesperson said. “We would like to reassure our patients and the general public that there is no significant risk to public health.”

Get the full story at www.theguardian.com

Study: Covid and Influenza Are a Deadly Combination