On any given day, 22 million American workers prefer looking at the inside of their eyelids to looking at computer screens, gauges, conveyor belts, or sales charts.

Marcel Hungs, MD, PhD, assistant professor of clinical neurology and director for the Center for Sleep Medicine at the University of California, Irvine, does not put it quite that particular way, but those are the hard numbers nevertheless. “The fact is, a great many employees in all sorts of jobs doze off at their workstations,” he says.

This occurs not because workers are bored, but because they are tired. More precisely, they are sleep deprived.

What is responsible for keeping them awake is, well, work—too much of it. “Financial need has driven more and more Americans to take second and even third jobs,” says Phillip D. Slocum, RRT, RPSGT, CPFT, director of clinical education for the respiratory care program at Florida’s Miami-Dade College in Miami. “People have huge mortgages to pay, car payments to make, credit-card debt racked up in support of lavish lifestyles. So they’ve turned increasingly to moonlighting in order to make ends meet. It seems as though a sizable number of people are always working, and they’re doing it because of the economic holes they’ve dug for themselves.”

Sometimes, protracted toil just goes with the territory. “Here in South Florida, at our area hospitals, because of the staffing shortages, we often find people working four or five 12-hour shifts per week instead of the customary three,” says Slocum.

It is not even necessary to be assigned a night shift to be hard at work while the stars are shining. According to Hungs, as many as 68% of white-collar employees at least once a month burn the midnight oil by bringing work home with them. He also contends that self-employed people are more likely than their salaried or hourly counterparts to labor into the wee hours. “It’s harder to be successful out on your own, unless you’re willing to work harder and longer than you would otherwise,” Hungs says.

“Those who manage to fight off the urge to snooze have trouble concentrating on tasks and suffer memory lapses,” says Hungs. Slocum offers that “sleep-deprived workers have difficulty focusing and paying attention. Their judgement becomes impaired, and they may experience psychomotor deficits.” Sleep deprivation also produces moodiness, depression, and other emotional travails that not only adversely affect job performance but also relationships—employee-to-employee and employee-to-customer, Hungs adds.

Employees tired enough to want 40 winks on the job are tired enough to make mistakes—some seemingly minor, others more consequential; all with a price. For example, a legal secretary who cannot focus for lack of sleep could easily type a contract with incorrect names and jumbled clauses, resulting in a document that turns out to be worthless when tested in an actual court of law. Similarly, a truck driver with a compromised level of alertness might well end up running his rig off the road and into a ditch, wrecking the vehicle and ruining its cargo; taking a life or lives in the worst-case scenario, or causing a neighborhood evacuation if the cargo happens to be a toxic gas, liquid, or solid that spills out.

“Sleep deprivation leads to degraded performance on the job, which gives rise to errors,” says Hungs.

Worth reading is a July 17, 2001, article published by the Agency for Healthcare Research and Quality (AHRQ), says Slocum, who lauds it for comprehensively surveying this problem.

Also informative, says Hungs, are studies by the National Sleep Foundation, one of which suggests that “20% of the adult American population suffers from sleep deficits. Other studies place the number as high as 30%. The lowest estimate I’ve seen is 10%.”

No industry or business sector is immune. “It’s a problem that cuts across the board,” Hungs observes.

Surprisingly, despite the widespread nature of sleep deprivation in the workplace, it remains an issue that attracts less attention and concern than would seem warranted, especially given its significance to the economy and society. Among the least aware of the problem’s dimensions and ramifications are, according to Slocum, administrators and supervisors of affected companies and organizations. “It never ceases to amaze me that people responsible for managing employees fail to recognize what sleep deprivation is doing to those employees,” he says.

A seminal study published in 1988 by the Association of Professional Sleep Societies (“Catastrophes, sleep and public policy: consensus report”) cataloged major disasters such as the Chernobyl nuclear reactor meltdown in the former Soviet Union and the Bopal, India, Union-Carbide plant explosion. Each incident examined was found to have occurred during hours when humans would naturally be their sleepiest. Coincidence? The study’s authors thought not.

Included in this aforementioned work were recommendations for the power and transportation industries to help them address the problem of workplace sleep deprivation. Those industries took the advice to heart, which Slocum says led to the development and implementation of what have since come to be known as fatigue-management programs.

Fatigue-management programs typically function as a vehicle by which education about the need for restful sleep is delivered to a company, top to bottom. They also incorporate policies designed to correct conditions likely to result in sleep-deprived workers.

One such policy often implemented as part of fatigue management places limits on the number of shifts an employee can work in the span of a single week or month. Another requires that personnel be allowed to nap during the workday. “The employer is encouraged to permit napping, as well as to facilitate it by providing comfortable sofas or cots in the staff lounge areas,” says Slocum. “The ideal is to place the sofa in a cool, quiet, darkened area and to encourage workers to utilize this space for supervisor-approved naps during their designated break time.”

The benefits of napping are difficult to dispute, Slocum insists. “A 1995 joint study by the National Aeronautics and Space Administration and the Federal Aviation Administration found that after a 26-minute nap, a sleep-deprived individual’s performance improves by 34% and psychological alertness by 100%. A November 2006 study published in the Annals of Emergency Medicine demonstrated that ER doctors and nurses assigned to a 12-hour night shift performed better and had more vigor if allowed 40 minutes for a nap at 3 am.”

Some employers include bright-light therapy in their fatigue-management programs. “It’s believed that exposing night workers to bright light at the beginning of their shift prevents melatonin secretion by the brain, thereby helping them remain alert through the night,” says Slocum. “For example, at the US Nuclear Regulatory Commission’s headquarters operations center in Rockville, Md, the lights gradually become brighter beginning at midnight and reach their brightest at 3 am, to the point that it looks like day.”

Night shifts are, of course, a common feature of life in the health care professions. Slocum believes hospitals and open-round-the-clock medical specialty enterprises should take note of what other industries have done with fatigue management and “find ways of making those solutions our own.”

Workers become sleep deprived two ways: The first is by having a sleep disorder, such as apnea, which prevents restful sleep. The second—and more common—is by having poor sleep hygiene or sleep routines.

“How a worker arranges and manages their sleep cycle has a lot to do with sleep quality— and it’s the quality of the sleep, not the quantity, that really determines whether a person is or isn’t sleep deprived,” says Marcel Hungs, MD, PhD, assistant professor of clinical neurology and director for the Center for Sleep Medicine at the University of California, Irvine.

Many who are sleep deprived fail to recognize it because of the masking effects of caffeinated beverages (such as coffee, colas, energy drinks, and the like) that they consume in large quantities throughout the day in a bid to stay awake and functioning. “If you’re sleep deprived, caffeine is not going to correct that,” says Hungs.

Growing numbers of adults work nights, but night-shift work does not affect everyone the same, Hungs points out. Among those who adapt best are people eager for it. “Some employees prefer the lifestyle that a night-shift schedule permits,” he says. “If you are disciplined enough to manage your time well, it’s possible to work at night, enjoy an active family life during the day, and still get in enough hours of protected sleep.”

Conversely, those who tend to suffer the most ill effects from night work are people not particularly enamored with the idea of toiling from dusk to dawn, the period during which their natural circadian rhythms play lullabies and beckon them to bed down. “These are individuals who need the money, and a job at night is what’s available,” Hungs explains. “They don’t look at night work as a lifestyle advantage, so they tend to not manage their protected sleep time very well. As a result, they never get into a good sleep routine. Without that, they quickly become sleep deprived.”

Not that health care is failing to act. No. Quite the contrary, assures Slocum. “In 2003, the Accreditation Council for Graduate Medical Education approved maximum duty hours for residents, limiting those to 80 hours per week over a 4-week period,” he says. “This was big, because resident physicians sometimes worked much longer than that. Unfortunately, this type of action has not really been replicated.”

Meanwhile, respiratory therapists can serve as important contributors in the effort to quell workplace sleep deprivation, whether within health care organizations or elsewhere, says Slocum. “Education is something [respiratory therapists] excel at, so it would make sense for them to focus on explaining to employers what sleep deprivation is doing to staffers, why it’s a potentially huge liability, and what can be done about it.”

Hungs thinks employer-run sleep-education programs can be very effective, as has been the case with those conducted through his university’s Center for Sleep Medicine. “We provide educational outreach to the business community and even to other academic institutions,” he says. “Our message is that sleep is not something to be taken for granted—it needs to be looked at with a clinical eye toward improving it, because better sleep helps employees become healthier, happier, and more productive and have lower rates of absenteeism.”

A good place for respiratory therapists to start with sleep education is right in the place where they are employed. “As long as there’s a staffing shortage, there will be overworked, sleep-deprived staff right where you are,” Slocum suggests. “But this will sooner or later change. I’m confident about that because, shortly after the Agency for Healthcare Research and Quality published its article about fatigue, a plaintiffs’ attorney posted it on his Web site along with this question: ‘Have you ever had an accident because of fatigue?’ Unfortunately, it’s only a matter of time before harm is caused by a worker who was sleep deprived, and a trial lawyer gets hold of this and turns it into a highly publicized, multibillion-dollar damage suit.

“At that point, the health care industry will be pressured into implementing countermeasures to ensure that its employees are adequately rested, awake, and alert.” 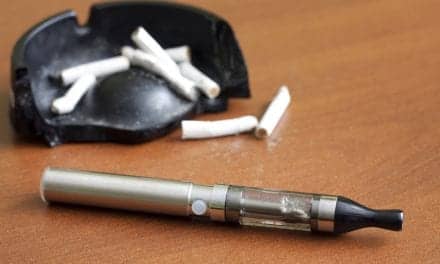 Are CPAP Filters a Viable Interim Solution for the Philips Recall?