A new study, to be published in the October 15 issue of the American Journal of Respiratory and Critical Care Medicine, found that overweight individuals are likely to suffer greater consequences of sleep disordered breathing (SDB). According to the study, excess weight increased the severity of oxygen desaturation in the blood of individuals with SDB during and after apneas and hypopneas.

“We knew that excess body weight is strongly related to more frequent breathing events—apneas and hypopneas—in persons with SDB,” said lead author Paul E. Peppard, PhD, assistant professor of population health sciences at the University of Wisconsin-Madison, in an announcement. “In this study, we wanted to go a step further and measure how much the excess weight contributes to the severity of individual breathing events.”

Peppard and colleagues recruited 750 adults (40% of whom were obese) from the Wisconsin Sleep Cohort study, an ongoing epidemiological investigation into the natural history of SDB, to have their breathing, blood-oxygen levels, and sleep analyzed. Participants were also evaluated on several measures of physique—body mass index (BMI), neck circumference, and waist-to-hip ratio.

After other factors such as age, gender, and body position were accounted for, the researchers found that BMI predicted the degree to which the body’s tissues were “starved” of oxygen during apneas and hypopneas. A 10-point increase in BMI predicted a 10% increase in the severity of oxygen depletion associated with SDB events.

“This means that if, for example, a six-foot tall, 160-pound 45-year-old man (BMI= 22), had an apnea that produced a 6% reduction in oxygen saturation, then a man with the same characteristics who weighed 235 pounds (BMI=32) would be expected to have a 6.6% reduction in blood oxygen saturation during a similar event,” said Peppard. “This increased risk of more severe oxygen desaturation is not just associated with clinical obesity—any increase in weight above a BMI of approximately 25 appears to increase the risk and severity of SDB.”

“These results reinforce the importance of excess weight as a risk factor for the development, progression, and severity of SDB,” said Peppard. “Clinicians should consider the possibility that particularly overweight patients might be experiencing more severe consequences of SDB even if they have the same number of breathing events as less overweight patients.” 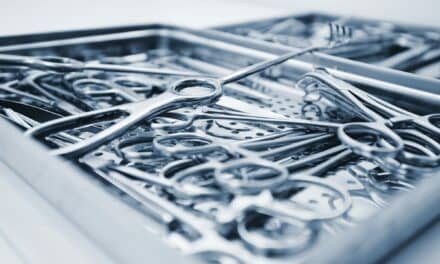