A group of 11 leading home oxygen therapy providers and manufacturers recently announced the creation of an advocacy coalition called the Council for Quality Respiratory Care (CQRC). The goal of the council: to work closely with policymakers and their staff to facilitate a deeper understanding of the clinical and operational complexities associated with the provision of home oxygen therapy, a life- enhancing benefit utilized by approximately 1 million Medicare beneficiaries.

In its first public statement, CQRC expressed concern and disappointment with a proposal issued by the Centers for Medicare and Medicaid Services (CMS) to completely overhaul the Medicare reimbursement system for home oxygen therapy.

“We are concerned that last week’s proposal by the Centers for Medicare and Medicaid Services to overhaul Medicare’s payment system for home oxygen therapy will have a negative impact on providers’ ability to assure access to the level of care and services beneficiaries expect and deserve,” said Peter Kelly, CEO of Pacific Pulmonary, Novato, Calif, and chairman of the CQRC. “The CQRC is currently analyzing the proposed regulation, and we are ready and willing to work collaboratively with CMS and Congress to carefully evaluate this proposal in the context of other significant policy changes, including competitive bidding requirements that will be implemented in 2007 and mandatory patient ownership provisions that will take effect in 2009. Viewing each of these new policies in isolation is ill-advised and could have negative consequences on patients that are unintended.”

According to CQRC, home oxygen patients have multiple and changing therapy needs. Many patients become increasingly ill over time, and high-quality home oxygen therapy can keep those patients stable and living independently in the home setting. In fact, a government study shows that long-term use of oxygen can reduce patient hospitalizations and the length of acute care stays. The 2004 study conducted by the federal Agency for Healthcare Research and Quality shows that long-term oxygen therapy reduces the frequency of hospitalization and the number of hospital days.

“This proposed policy reveals that the government’s primary focus is on equipment, rather than on the patient services and the changing oxygen therapy needs of the beneficiary,” Kelly said. “We are carefully analyzing the complexities of this new regulation in conjunction with the other two significant changes to the industry—competitive bidding and patient ownership responsibility of equipment after 36 months. We will be providing the CQRC’s collective comments and analysis to CMS and Congress shortly, and we look forward to a constructive dialogue that focuses on ensuring patient access to quality oxygen therapy in the home environment.” 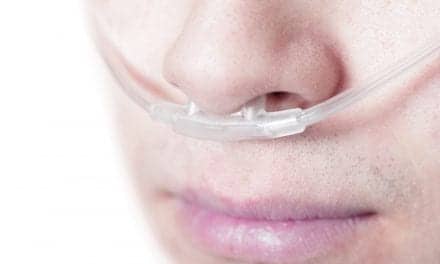 The Role of Oxygen in Palliative Care