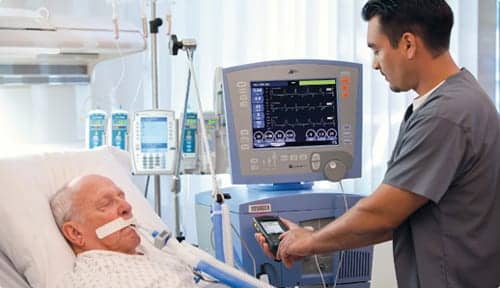 With more than half of all ICU patients intubated within 24 hours of admission, careful monitoring of these patients can help reduce time on the ventilator and prevent and/or reduce the risk of adverse events.

According to the American Association for the Surgery of Trauma (AAST), more than half of patients admitted to the intensive care unit (ICU) are placed on mechanical ventilation within the first 24 hours of admission due to some form of respiratory compromise. The goal of the therapy is to restore lung function, but the risk of adverse effects runs high. Careful monitoring of these patients can help reduce time on the ventilator and prevent and/or reduce the risk of harm.

Whenever possible, emergency room or ICU treatment begins with the least invasive modality. “In the ER, the clinician may try noninvasive ventilation first, without sedation,” said Mark Rogers, RRT, RCT, senior product manager for CareFusion. “Once the patient is placed on mechanical ventilation, the clinician should create a plan for discontinuing the therapy. We’re not made to be on mechanical ventilation. The idea is to provide support until the issue is resolved.”

To reduce the risk of adverse events, careful patient monitoring is key. One of the most commonly used monitoring devices in clinical settings, pulse oximetry has been shown to be a reliable tool for titrating fractional inspired oxygen concentration (FiO2) in patients on mechanical ventilation, according to a 2015 study.1 As an early predictor of hypoxemia, pulse oximetry can alert staff of the immediate need to provide treatment that might prevent further complications.

According to Rogers, pulse oximetry is “by and large considered the fifth vital sign.” While a standalone device is prevalent, ventilators with built-in pulse oximetry optimize patient care. CareFusion is currently conducting a clinical trial on a closed loop system incorporated into the ventilator, which would adjust oxygen levels based on peripheral oxygen saturation (SpO2) readings, according to Rogers.

Although pulse oximetry serves as an effective tool, its functions may be somewhat limited. Both the American Society of Anesthesiologists (ASA) and the American Association for Respiratory Care (AARC) published clinical practice guidelines2 advising the use of continuous monitoring with capnography during mechanical ventilation.

According to the guidelines, the importance of capnography should not be underestimated, noting, “Life-threatening airway disasters and ventilatory disconnection can be averted with continuous capnography.” Additionally, capnography would benefit patients who do not have lung disease and may develop “substantial hypercarbia” before the clinician becomes aware of ventilation changes reported by pulse oximetry.

David Giarracco, vice president, Market Development for Medtronic, pointed out that capnography assists with appropriate airway placement and maintenance of tubing for the patient on mechanical ventilation. “It also serves as an adjunct to arterial blood gas readings and measures the continuous trend of CO2 levels,” he said. “Capnography also indicates changes in ventilation perfusion and watches for bronchoconstriction, pulmonary embolism, and sepsis.”

Furthermore, in an acute setting, capnography can indirectly monitor “cardiac output generated by chest compressions” on mechanically ventilated patients. Giarracco said, “The return of spontaneous circulation is sometimes difficult to assess with other methods, but it is clearly demonstrated on capnography with capnographic waveform by an abrupt increase in the end tidal CO2 value.”

Giarracco explained that monitoring patients on mechanical ventilation for respiratory compromise can minimize the risk of a “cascade effect,” ie, the patient suffers from insufficient oxygen intake, transitions into heart failure and finally goes into cardiac arrest. He pointed out that a patient’s medications, disease state and distress can increase the risk for respiratory compromise.

A 2015 study3 supports Giarracco’s claim. The authors evaluated the efficacy of the Integrated Pulmonary Index (IPI), which includes measures from end tidal CO2, respiratory and pulse rates and SpO2, on post-operative patients in the post-anesthesia care unit (PACU) at risk of hypoventilation. Their findings showed that this approach better predicted the onset of respiratory adverse effects (RAE) than pulse oximetry alone and “suggests the necessity to measure noninvasive end tidal CO2.”

Any patient with respiratory compromise can benefit from capnography, but the challenge is creating the technology as protocol, according to Giarracco. “There is broad applicability,” he said, adding that a study4 presented at a meeting of the American Society of Anesthesiologists (ASA) showed capnography not only benefits patients, but is also a cost effective monitoring technique. “We have to move the needle from inception [of capnography] to standard of care.”

In general though, capnography is one of the most misunderstood processes and takes more education to understand its strengths, according to Rogers. “A lot of patient conditions can change due to dead space, uneven emptying and pulmonary circulation. The numbers become clearer with volumetric capacity. By knowing the amount of gas and the concentration of gas the clinician can tease out the perfusion.”

Ventilators with built-in capnography that “talk” to a patient’s electronic medical record are “one step closer to aggregating data and passing it along to the EMR,” added Rogers.

Alarms serve as built-in monitors that alert clinical staff of a developing medical issue; regulations mandate that all mechanical ventilators come equipped with alarms, according to Rogers. He pointed out that the patient at the bedside is attached to as many as 12 alarms and devices that measure cardiovascular condition, pulmonary artery status, jugular saturation, intracranial pressure and other functions. “There is quite a mound of data at the bedside,” he said. “There is a lot of work being done to make sense [of all the data] and funnel it into one record. The goal is to have a list of all percentages and pressure monitoring information, even that from indwelling catheters, going to one place.”

“The goal of the medical device manufacturer is to help reduce the number of nuisance alarms and alarm fatigue,” Rogers said. “This is a hot topic with AAMI and ECRI. We are trying to manage alarms with intelligence. The next generation platform is considering alarms with more diligence, especially with a focus on nuisance. But you can’t desensitize to the point where alarms become worthless.”

All the information that pulse oximetry, capnography, ABG and other monitoring technology capture provides a snapshot that the respiratory therapist can use to maximize patient care. But interpreting and processing all the data is a complex, dynamic task that requires a combination of clinical and technical skills, according to Tom Steinhauer, director, Respiratory Connectivity and Applications at CareFusion. “The AARC created advanced programs to train RTs and has been focused on mechanical ventilation for decades. We’ve been working on the monitoring part of the clinical equation,” he said.

Steinhauer pointed out that monitoring patients requires the work of a multidisciplinary team that might include respiratory therapists, nurses, physicians, pharmacists and other clinicians. Advanced technology can facilitate decision-making and improve interdependent workflow. For instance, the RT might set the mechanical ventilator to spontaneous breathing (SBT) mode, so the nurse knows when she has to lower sedation for a Wake Up and Breathe treatment. “We want the medical device to collect and look at the data. If the vent goes into spontaneous breathing treatment mode, you can understand what the RT or nurse is doing for the patient. You are not looking for what happened, but for what didn’t happen. This is principally what we’re looking at,” Steinhauer said.

A critical part of the monitoring process includes collecting tens of thousands of patient hours worth of information that represents meaningful data that will help effectively treat patients in the future. “Key indicators [like this] help to avoid pitfalls. This is the future of data aggregation. We are seeing a lot of this now. In the next five years you will see significant strides. There will be lots of connectivity,” said Rogers. He added that connecting and storing data has become relatively cheap and online accessibility is becoming more standard.

Steinhauer pointed out that, while it’s important to monitor, some fundamental principles should guide the process. “You need to make sure you give clinicians advanced technology to make precise decisions and delivery of care. You also need to make sure the basics things are done consistently,” he said.

CareFusion’s Respiratory Knowledge Portal allows hospitals to program its policies and protocols for mechanical ventilation and ICU sedation into a hosted application. For example, the hospital sets the timeframe for a sedation vacation, spontaneous breathing trial or alarm setting within a range of measures. “The application watches the data,” said Steinhauer, pointing out that the application is not diagnosing the patient, but monitoring the data. “Generally speaking, mechanically vented patients should have a daily sedation vacation. If they don’t, we mark it. Caring for a mechanically vented patient is a process with variability that has not been measured until now. This is an example of getting the basic things done. The analytics are designed to make the health clinician more efficient at the bedside and maintain a focus on the patient.”

Advanced technology mimics paper charting but works more effectively and efficiently. While the measures captured may be similar, an electronic system provides real-time data that is automatically incorporated into the patient’s electronic medical record. “Ideally the computer is in the room to make the workflow quick and send data directly to the EMR,” said Steinhauer. 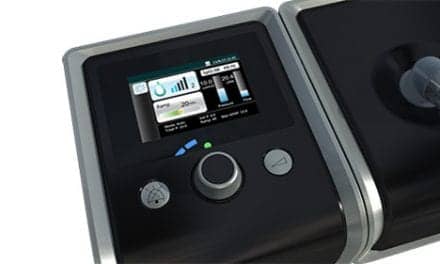