When Macrophages Are Deprived of Oxygen 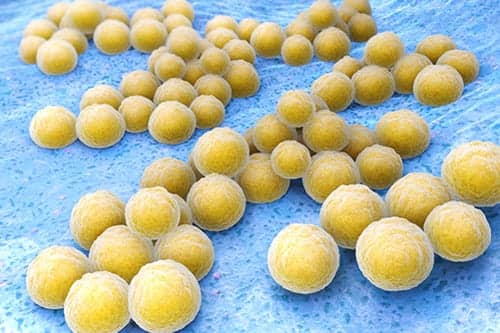 New research shows that fewer metabolites are produced in the citric acid cycle under hypoxic conditions, leading to a reduced rate of reproduction among bacteria in macrophages, according to a study published in the journal Cell.

“Our results describe a method of pathogen control which does not depend on oxygen and which we were not aware of until now,” explains coauthor Jonathan Jantsch of the Universität Regensburg in Germany.

Infected tissue has a low concentration of oxygen. The body’s standard immune mechanisms, which rely on oxygen, can then only function to a limited extent. How does the immune system nevertheless manage to control bacteria under such conditions?

Macrophages are a type of phagocyte and belong to the congenital immune system, where they have a key role to play in defending against infection by intracellular pathogens such as those which cause tuberculosis, Legionnaires’ disease or Q fever. The team of researchers observed changes in the mitochondrial metabolism of the macrophages caused by signaling pathways initiated by the lack of oxygen (hypoxia).

This leads to a reduction in various metabolites in the citric acid cycle, especially citrate. This in turn prevents bacteria reproduction, as citrate is an essential growth factor for certain bacteria.