It's a Complex Question

Complex sleep apnea syndrome (compSAS) is the emergence of central apneas with PAP treatment in people with primarily OSA or mixed apneas. CompSAS is a phenomenon that has been described in medical literature by various scientists,1,2 but in 2006, a Mayo Clinic team, headed by Morgenthaler,3 was the first to use the term “complex sleep apnea syndrome” to describe a syndrome wherein two or more interrelated factors—in this case, central respiratory system function and mechanical factors—result in the breathing pattern.2

CompSAS might reflect an underlying dysregulation of CO2 control that is unmasked with PAP treatment. Normally, low CO2 levels (hypocapnia) induce a cessation in breathing (central apnea). This allows blood levels of CO2 to rise back to normal, at which point breathing resumes. The point at which apnea is induced by hypocapnia is called the hypocapnia-induced apnea threshold. In people with compSAS, the hypocapnia-induced apnea threshold may be too sensitive.2,4 As CPAP regulates breathing and ventilation, the central respiratory center could wrongly sense that carbon dioxide levels are too low. Consequently, this induces repeated episodes of central apneas.

It is only during treatment that the distinction between OSA and mixed apnea becomes obvious. Thus, compSAS does not strictly meet the criteria for either OSA, mixed apnea, or central apnea, whose characteristics follow.

Obstructive Sleep Apnea. In OSA, pharyngeal muscles become too lax during sleep, allowing upper airway tissues to be drawn into the airway during inhalations. This indrawing can narrow the airway passage to the point that airflow is obstructed. During the obstructed breaths, the person remains asleep, but the respiratory muscles continue their movements with increasing strength in an attempt to overcome the obstruction. Because the airflow remains blocked, the person’s oxygen saturation (Sao2) falls. Once the Sao2 falls to a certain level, the respiratory center in the brain triggers the person to awaken in order to take some deep breaths and restore the oxygen level. An OSA episode lasts 10 or more seconds.

Central Sleep Apnea. During central sleep apnea, a person stops breathing for 10 seconds or longer and then resumes breathing. The cessation in breathing is not due to an obstruction; instead, the respiratory center in the brain does not send a signal for the person to breathe. Therefore, there is no respiratory effort, no airflow, and consequently, the person’s Sao2 falls. Once Sao2 falls to a certain point, breathing might spontaneously resume, or the person might arouse and take some breaths to restore the oxygen level to normal. The individual’s might hyperventilate until the oxygen level is restored. Central sleep apnea can occur when chemoreceptors involved in respiration improperly respond to CO2 or O2 levels.

Mixed Apnea. A mixed apnea has two phases: a central apnea or hypopnea phase followed by an obstructive apnea phase. The initial central or hypopnea phase can be induced by hyperventilation that occurred during an arousal from a previous apneic episode. The hyperventilation lowers the CO2 level, and, during hyperventilation, a person’s chemoreceptors may sense that the CO2 level has fallen too low, which may then induce a pause in breathing. Hypocapnia, however, can delay the activation of pharyngeal dilator muscles once breathing resumes. Since the pharyngeal dilator muscles maintain the patency of the upper airway, their delayed activation means that the pharyngeal muscles are temporarily too lax as breathing resumes. This then may contribute to the obstructive apnea phase of a mixed apnea.5

Not all scientists are willing to accept a fourth type of apnea. Some researchers believe that compSAS is simply treatment-induced. Researchers Dernaika et al6 propose that PAP-induced centrals are transient phenomena related to sleep fragmentation occurring during PAP titration. In their 2007 PSG study, they examined 21 OSA subjects who were titrated with CPAP in a split night study. These subjects had central apneas during the CPAP portion of the night after the elimination of obstructive apneas. Approximately 8 to 10 weeks after using CPAP at a therapeutic level, 14 subjects who had had CPAP-induced central apneas returned for a second PSG study. The second PSG study revealed that 12 subjects (86%) had complete or near-complete resolution of their central apneas.

Since some research6 indicates that CPAP increases one’s CO2 level and that arousals and sleep deprivation can reduce one’s ventilatory response to increased blood levels of CO2, Dernaika and colleagues suspect that arousals occurring with first-time CPAP use may contribute to an already-existing dysfunction in one’s ventilatory response to hypercapnia and result in PAP-related central apneas. (Normally, hypercapnia would increase one’s breathing rate, but if the response is reduced, a person is more prone to having central apneas.) In light of the resolution of centrals in most of the subjects, Dernaika et al concluded that CPAP-induced central apneas may be transient phenomena.

During CPAP, an individual inhales and exhales against continuous pressure. CPAP is effective in treating OSA since the pressure prevents upper airway structures from collapsing into the airway. Exhaling against the constant pressure, however, can create respiratory muscle fatigue or a sensation of being choked or suffocated in some people. This can ultimately result in the person’s having difficulty adapting to the machine. BPAP is sometimes used to counter this drawback.

Two levels of pressure are used during BPAP; hence, the name “bilevel.” The pressure is slightly higher on inhalations and decreases with exhalations. The lower exhalation pressure can reduce the respiratory muscle fatigue and the sense of being suffocated or choked. BPAP is often effective in resolving central apneas. In some people, BPAP pressures may sufficiently keep the airway open and prevent upper airway obstruction; but chemoreceptor dysfunction may still allow central apneas to remain. These residual central apneas can result in frequent arousals and consequent difficulty adapting to the machine. Servoventilation might offer an alternative for people who have residual central apneas on BPAP.

Servoventilation is the most recent development in PAP therapy. Rather than switching between two pressures, as is the case with BPAP, a servoventilator adjusts the air pressure as needed on a breath-by-breath basis. For example, in Cheyne-Stokes respiration (a breathing pattern involving rhythmic waxing and waning breaths), the servoventilator incrementally reduces pressure as the person
‘s breaths begin to wax and incrementally increases the pressure when the breaths begin to wane. With the pressure increasing and decreasing on demand, the person’s breaths are kept at a constant volume, which allows for rhythmic breathing.

A phenomenon called cyclic alternating pattern (CAP) shows some promise in making this distinction. Cyclic alternating pattern involves rhythmically occurring arousals during NREM sleep. CAP consists of two phases—phase A and phase B. Phase A is a transient arousal that is periodically superimposed over the tonic activity (phase B) of NREM sleep. CAP indicates arousal instability. The presence of CAP in a person with sleep-disordered breathing (SDB) is associated with an increased likelihood of arousals.

Thomas and colleagues1 first noted that the prevalence of obstructive sleep apnea differed in people with SDB who also have CAP. In a 2004 study, these investigators found that one group of subjects had most of their apneas during CAP (“CPAP-dominant”) and a second group of subjects had most of their apneas during REM sleep (“REM-dominant”). All subjects met the criteria for SDB and underwent a trial of CPAP treatment. The researchers noted that the subjects whose apneas were CAP-dominant could be titrated, but only up to a certain level, which they called the breakthrough point, the level at which the person would begin having central apneas or Cheyne-Stokes respiration. This response was not the case with people whose apneas were REM-dominant. Currently, CAP is not used clinically and remains in the research realm.

People with compSAS often become frustrated by arousals resulting from PAP-related central apneas and, believing the machine is the cause, may stop using PAP therapy. This could potentially be dangerous since untreated OSA may increase the risk of cardiovascular and other problems. Servoventilation appears to offer the most immediate positive results compared to BPAP in preventing residual centrals and subsequent arousals. This then can improve patient compliance to PAP therapy. Future studies are needed to determine the pathophysiology of compSAS and especially how to distinguish a person with compSAS from a person with OSA. As scientists study this phenomenon more, they might be able to answer definitively whether it is iatrogenic or truly a new type of apnea.

Regina Patrick, RPSGT, is a contributing writer for RT. For further information, contact . 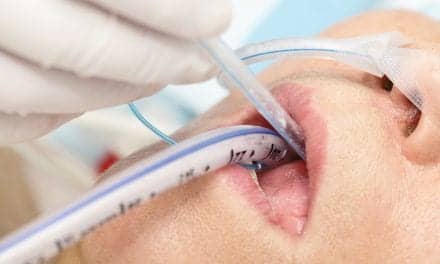