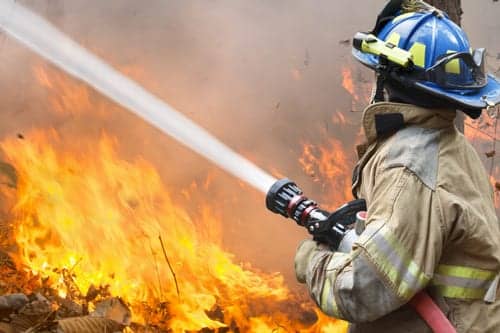 Inhalation injuries have been considered a significant clinical challenge since World War I, and caring for fire victims has played an important role in the development of ICUs. In addition to burns themselves, thermal and chemical injuries can result in catastrophic outcomes due to their damaging effects on the respiratory system.

Prior to World War I (WWI), the vast majority of all inhalation issues or injuries were considered to be “pneumonias.” It was during WWI that the world was first introduced to chemical warfare, with such chemicals as chlorine gas, phosgene, and nitrogen mustard,1 and the United States Army began studying the effects of these noxious gases. Now, with the recent anniversary of the 9/11 tragedy, a renewed interest in the effects of inhalation injury has occurred.

Although caring for fire victims played a significant role in the development of intensive care units, managing such victims, even in the ICU environment, presents some of the greatest challenges to clinicians.

It is well known that flames from a fire can result in severe injury to the human body, but the heavy smoke that is typically associated with the fire will most likely be responsible for the most devastating consequences for victims who are trapped inside the burning structure. Because of the way that the respiratory system is designed, direct thermal injury is usually limited to the upper airways; lower airway injury occurs in only about 0.1% to 5% of cases.2 Whenever there is a suspected exposure to steam, we should be looking for evidence of thermal injury to the lower airways, as the upper airway cannot effectively protect the lower airway from steam.

Smoke is a colloid and comprises a collection of airborne solid and liquid particulates and gases emitted when a material undergoes combustion or pyrolysis. Smoke inhalation is the primary cause of death in victims of indoor fires.3 It is very well known that a low concentration of inspired oxygen will lead to a diminishing mental status. Since the most important thing one needs in this type of enclosed fire or smoke situation is to have all of one’s decision-making faculties intact, having a diminished mental status will clearly be problematic.

We are still, in the year 2011, learning about the effects of the smoke that was inhaled during and after the 9/11 tragedy by both the victims and the rescuers. When victims are caught in a fire, particularly a flash fire situation, there is a great tendency to breathe faster due to an increase in anxiety, which is exactly the opposite of what should be done, as it will only exacerbate the problem. Breathing in air that is low in oxygen concentration and high in carbon dioxide concentration will greatly diminish your ability to act appropriately. The best course of action would be to hold your breath and run to safety.

The Stardust fire was a fatal fire that took place at a nightclub in Artane, Dublin, Ireland, in the early hours of February 14, 1981. In many ways, this fire was very similar to the Station Nightclub Fire that occurred more recently in Rhode Island. In the Dublin fire, some 841 people had attended a disco there—48 died and 214 were injured as a result of the fire. Staff attempted to extinguish it and failed. They then tried to contain it by closing and locking the door leading to the balcony and ordering the users of a private room to evacuate. Guests in other parts of the nightclub were not informed, nor was an alarm sounded.4

Following this tragedy, investigators actually rebuilt the nightclub strictly so they could burn it down again as part of studying what went so wrong. Within the first 2 minutes of the simulation, the Fio2 drastically dropped from 21% to almost nothing, the CO2% rose significantly, both from approximately 15 feet away. From 45 feet away, the results were somewhat similar, although not quite as drastic. This dramatic demonstration showed how quickly hypoxia can become a significant problem.

Some of the more common toxins associated with smoke from a fire include chlorine, ammonia, and phosgene. Chlorine is a greenish-yellow gas, and causes irritant and odor effects. Mild exposure (1 to 3 ppm) causes irritation of the mucous membranes. Higher levels of exposure may cause rhinitis, bronchitis, pneumonitis, and pulmonary edema. Ammonia, a colorless gas with a strong odor, usually affects the upper airway first. The degree of injury may be related to the hydroxyl ion. Exposure to ammonia may lead to liquefaction necrosis of the mucous membranes with full thickness tissue destruction. Phosgene is a colorless gas with oxidant properties. Irritant effects associated with phosgene may be minimal. Exposure may be prolonged, and may result in delayed onset pulmonary edema. One major problem associated with exposure to phosgene is that it has little odor, which can actually smell pleasant. Because of the pleasant odor, exposure is often longer than it otherwise would be if it had an unpleasant odor, and this prolonged exposure may produce delayed effects.

In thinking of the graphic pictures of those fleeing the World Trade Center building on 9/11, it is clear that the inhalation of smoke was not limited to indoors. Many of the victims of 9/11, including rescuers, are still, almost 10 years later, being evaluated and treated as a result of inhaling noxious and toxic gases, chemicals, and particles.

There have been many books written by victims of the 9/11 terrorist attack who survived. Many of them describe how their clothing and entire body were covered with this gray, dusty soot. Many, if not most, of these people trying to flee from the scene of devastation were not wearing any type of protective mask and, as a result, were inhaling the same dust and soot that they describe as clinging to their clothing.5

In terms of caring for these victims, all patients should initially be treated the same. They need to be treated first as trauma patients beginning with the basics. They should be provided with the highest possible Fio2, whether or not they are intubated. In addition to monitoring ABGs with COHgb and MetHgb, it is also beneficial to check a cyanide level.

Endorf and Dries7 have suggested that noninvasive ventilation may have a place with burn patients. It would seem that this may not be a good idea for a couple of reasons: First, if one has a patient with facial burns, it is highly unlikely that the patient would tolerate any type of facial interface, and, second, it may delay the creation of a patent and secure airway. The longer it takes to establish a patent, artificial airway, the higher the possibility of the airway becoming inflamed and edematous, making the establishment of the airway extremely difficult. Early intubation using a large-size, oral endotracheal tube will provide easy access for ventilation, as well as for suctioning secretions and other debris from the airway. This is particularly important, as mucosal sloughing frequently occurs 3 to 4 days post-insult and can quickly lead to airway obstruction if proper suctioning measures cannot take place due to an inadequate airway.

The mode of ventilation that is used with these patients should be determined more by patient condition rather than strong evidence. A patient who is heavily sedated and paralyzed would not be managed on pressure support ventilation for obvious reasons. Instituting reasonable levels of PEEP early on in the process might be beneficial. Recently, some clinicians have advocated the use of high frequency ventilation as a beneficial method of supporting these patients, although studies seem to be lacking in this area.8

The skin and chest wall following severe burns can get quite stiff and tight, making it impossible for the lungs to expand, and escharotomies are often required in order to support ventilation. During escharotomy, the outside layers of the chest are literally sliced open to allow for the chest to expand, making mechanical ventilation more manageable.9

Caring for the burn patient can be extremely challenging to any clinician. The rapid and accurate assessment of the presence of perinasal and perioral burns will allow for early treatment of smoke inhalation. All burn and smoke inhalation victims should first be treated as trauma patients prior to addressing the concerns of the burns themselves. These patients should be intubated very early in the process, using the largest size endotracheal tube possible. 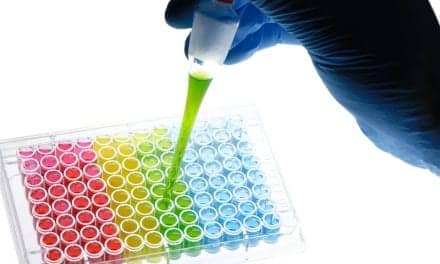 Unproven Stem Cell Therapies for Lung Disease on the Rise 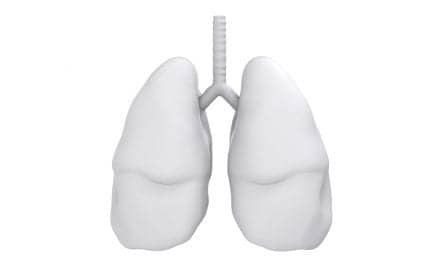