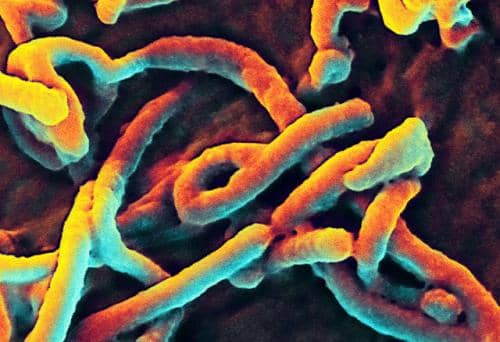 The Ebola virus can be detected in the lungs even after it has been cleared from the bloodstream, according to a case study published in PLOS One. That might indicate that the respiratory system plays an important role in the virus’ life cycle.

It also suggests the possibility of respiratory transmission of the virus, wrote Mirella Biava, of the National Institute for Infectious Diseases in Rome, and colleagues.

“The presence of viral replication markers here reported adds some support to this possibility, although the evidence is far from being conclusive, due to the absence of recovery of infectious virus in respiratory secretion,” the researchers wrote. “Further investigation is needed to better understand the clinical significance of the involvement of the respiratory tract in (Ebola) viral replication and shedding, and possible contribution to respiratory impairment and human-to-human transmission.”