Massachusetts General Hospital (MGH) researchers have found that medications currently used to immobilize patients during surgery can increase the risk of postoperative respiratory complications. Their study being published online in the journal BMJ also found that the agent most commonly used to reverse the action of the immobilizing drug does not prevent and may possibly increase the risk that patients will need to receive postoperative respiratory support.

"Neuromuscular blocking agents are used during surgery for a variety of reasons, including allowing placement of a breathing tube and preventing patients from moving during a procedure, says Matthias Eikermann, MD, PhD, director of Research in the Critical Care Division of the MGH Department of Anesthesia, Critical Care and Pain Medicine, senior author of the BMJ report. "Unfortunately, these agents do not stop working immediately at the end of surgery, leading to residual muscle weakness which can decrease postoperative respiratory function. Our findings suggest that we need to develop better blocking agents and improved methods of monitoring their effects."

Drugs that prevent transmission of signals from nerves to muscles are commonly used in surgical patients and in intensive care patients on mechanical ventilators. Long-acting neuromuscular blocking agents can increase the risk of respiratory complications, so in recent years they have been replaced with newer, intermediate-acting drugs.

Eikermann’s team focuses on developing new strategies in general anesthesia that can stablize and improve respiratory function. Their previous work suggested that intermediate-acting agents may be responsible for a high incidence of muscle weakness in patients recovering from surgery, leading to respiratory difficulties that lengthen a patient’s time in the recovery room. The current study analyzed data on surgeries involving general anesthesia conducted at MGH from March 2006 to September 2010.

The researchers compared data on more than 20,000 surgeries in which intermediate-acting neuromuscular blocking agents were used with an equal number of procedures that did not use the drugs, looking at recordings of patients’ blood oxygen levels after the removal of breathing tubes and whether it became necessary to replace a breathing tube within 72 hours of surgery, a procedure requiring intensive care unit admission. They also analyzed the strategies used to monitor neuromuscular function during surgery and whether a drug was administered that reverses the action of the immobilization agent.

Their results showed that patients who received intermediate-acting neuromuscular blocking agents had a 40% greater risk of requiring reintubation because of low blood oxygen levels. Functional monitoring of neuromuscular strength by means of visual or tactile assessment of muscular response to an electric stimulus had no significant effect on risk, but the use of the reversal agent neostigmine made the risk of reintubation even greater. Eikermann notes that patients with postoperative respiratory complications have a significantly greater risk of death than those without complications.

"Both neuromuscular blocking agents and the blocker-reversing agent currently used have important roles in perioperative medicine. But these medications have a narrow therapeutic range and can have dangerous, unintended effects on the respiratory system," says Eikermann, an associate professor of anaesthesia at Harvard Medical School. "The best way to reduce these risks will be the development and use of shorter-acting neuromuscular blockers and new reversal agents that directly halt the effects of blocking agents." He and his team are currently evaluating new reversal agents and interventions for preventing perioperative respiratory complications.

Eikermann adds that the use of monitoring equipment that can quantitatively measure neuromuscular function, instead of the current qualitative estimates, should more accurately reflect drug action, giving the kind of precise data required to standardize procedures. His team is developing clinical strategies to implement the type of monitoring that will help anesthesia providers more appropriately dose and time the administration of these powerful, necessary drugs. 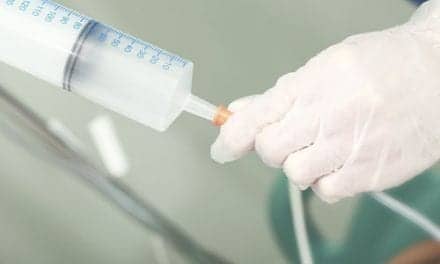